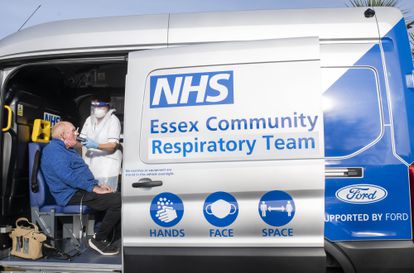 The privatization of services in public health systems has been the subject of intense debate in the countries that have opted for these policies in recent decades. The need to give greater weight to the private sector in public health in search of improvements in management and efficiency has been one of the arguments most used by governments when approving measures that have met with strong social protest. Critics reject that one of the pillars of the welfare state is placed in the hands of profit-seeking companies that may have other priorities than improving the health of the population.

A study by researchers at the University of Oxford and published on Friday in the prestigious journal The Lancet Public Health has now strongly shaken the waters of this controversy. The work, which fully analyzes the impact of the privatization of services for almost 240,000 million euros in 173 health areas in England between 2013 and 2020, relates this measure to a “worsening of health care” and an increase in mortality preventable in the population. A death is considered avoidable if the patient had survived with an early diagnosis and good health care.

“An annual increase of one percentage point in outsourcing to the private sector for profit corresponds to an increase in avoidable mortality of 0.38% or 0.29 deaths per 100,000 inhabitants the following year”, collect the conclusions of the research. In total, the authors estimate that the privatizations promoted from 2012 by the Conservative government of David Cameron are related to “557 additional preventable deaths in the 173 areas studied”.

The study has had a strong impact on British public opinion and health researchers. “I think that if our work is receiving so much attention it is because it is the first to look at the aggregate impact of outsourcing on the NHS. Until now we did not know whether privatizations had improved or worsened the quality of care. It is an issue that also has a significant political impact in England, with many people really worried about any move towards privatization of the NHS, ”explains one of the authors of the study, Benjamin Goodair.

“It is a groundbreaking study due to the quality of the research, the prestige of the authors, the entity of the journal that publishes it and the conclusions. We have been talking about the impact of privatizations for years, but we still lack much evidence. This work is a first step and shows the need to continue researching in the evaluation of the results of privatizations”, adds Sergio García Vicente, member of the board of directors of the Economy and Health Association (AES).

As happens in this type of observational studies, the work does not manage to establish a direct causal relationship between deaths and privatizations. “To do this we would have to do a randomized experiment and send patients to different health providers to then measure the results, which would obviously be unethical,” Goodair explains.

But what the authors can do is subsequently analyze the results obtained by real patients in the areas with the most privatized services and compare them with those achieved in those where there are hardly any health services in private hands. This allows hypotheses supported by the evidence found. Some hypotheses whose interest highlights José Ramón Repullo, professor of Health Planning and Economics at the National School of Health.

“It is not so much a direct effect, due to the poor quality of care of the privatized services, but possibly a complex indirect effect. As the study says, outsourcing increases the overall pressure on the system. For-profit companies get the most profitable services and patients with lower risk and comorbidities. This produces a drain that leaves public centers with fewer resources and the responsibility of caring for patients with greater needs and worse prognosis. This dynamic impoverishment of public providers configures a plausible hypothesis to develop new studies and to place it on the public and political agenda”, Repullo values.

This fact illustrates the difficulty encountered by many researchers when analyzing the results of public and private assistance in countries such as Spain. “The studies carried out that compare the privatized hospitals with the Alzira model in the Valencian Community with those of public providers have not found relevant quality differences so far. But, for example, if you don’t know how many complex patients the privatized hospital has turned away and ended up in the public one, there is a bias in the data. For this reason, greater transparency is important”, explains Sergio García Vicente.

This expert considers that it is necessary to be cautious when transferring the results obtained by the University of Oxford to other countries. “In England the part of the privatized system is relatively small. In the years studied it grows, but it does so from 4% to just over 6% of total health spending. In Spain, the private sector has had a much greater weight for decades and is more integrated with the public system. It’s something that starts with Muface [la cobertura privada que cubre a más de 1,5 millones de funcionarios] and it has been consolidated in many communities.”

Repullo does point out that there are common risks: “The outsourcing of individualized diagnostic or therapeutic procedures tends to fragment health care, while care quality has an important component in the integration of all care levels. If we opt for a supermarket model in which the user snacks from different health providers, we can end up with excellent individual procedures and poor general medicine. For this reason, it is plausible to think that greater outsourcing of healthcare services will not be beneficial. Add to this opportunistic behavior by for-profit third-party providers and a lack of enforcement of contracts, and the risk of spending too much and getting too little on healthcare is magnified considerably.”

The Federation of Associations for the Defense of Public Health (FADSP) is one of the entities that has most vehemently rejected privatization for more than two decades. “The study is important because it confirms what other partial studies had advanced and what we have been able to observe in the evolution of the health system in recent years. The economic resources allocated to privatization weaken public health and favor other interests. The desirable thing would be to reinvest them in the system to make it stronger and more efficient”, explains the organisation’s spokesman, Marciano Sánchez Bayle.

The Spanish Private Health Alliance (ASPE), the employers’ association that brings together more than 80% of Spanish private hospitals, rejects that the conclusions of the Oxford University report can be extrapolated to Spain. “No way. It is enough to cite some cases and specific data in which the administrations themselves have recognized the effective management of outsourced health areas, such as the Valencian Community, “says the president of the entity, Carlos Rus. Rus exposes the conclusions of an audit of the Audit Office of this community on the Department of Health of Torrevieja, which maintains that privatization achieved “savings in current public spending of around 45 million euros per year, which implies a 30 % less” than the average expenditure of publicly managed hospitals of the same level, or the levels of satisfaction shown by patients in other health areas of the same community or in Madrid with privatized hospitals.

The lessons of history to rebuild La Palma after the volcano