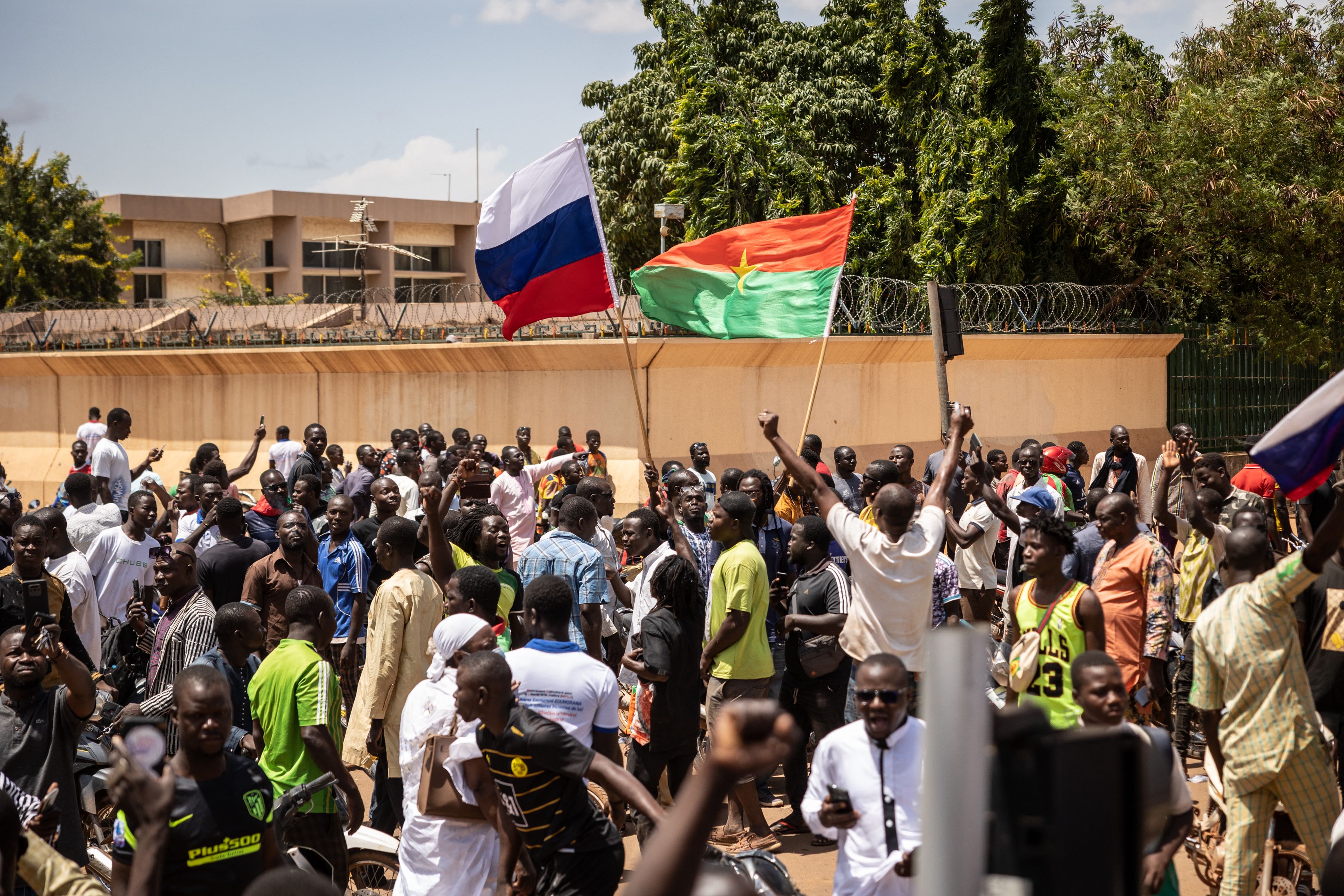 A group of soldiers led by Captain Ibrahim Traoré staged a coup d’état in Burkina Faso this Friday and overthrew the person holding the post of president, Lieutenant Colonel Paul-Henri Samaogo Damiba, who in turn came to power through a military coup on January 24. The new leader of the military junta is Captain Traoré himself. The military have also suspended the Government and the Constitution, as reported this Friday afternoon through a statement read on RTB public television after a day of confusion with shootings, explosions and soldiers positioned in the main points of Ouagadougou, capital from the country.

As in the last coup d’état in January this year, the military have justified their uprising by “the deterioration of the security situation”, in reference to the growing jihadist violence that is spreading throughout the country. In addition, they have accused Lieutenant Colonel Damiba, who had been in power for eight months, of having maintained “the same security system that failed in previous governments.” Officials have also decided to close the borders until further notice and decree a curfew between 9:00 p.m. and 6:00 a.m.

The incidents began after four in the morning this Friday when shots and explosions were heard in different parts of the city, especially around the presidential palace and the Baba Sy military barracks, headquarters of the military junta that governs the country. The military took up positions at strategic points in the capital and public television stopped broadcasting for much of the day.

In the midst of numerous rumors and without really knowing what was happening, dozens of citizens gathered in the Place de la Nation after noon to demand the departure of French troops from Burkina Faso, greater military cooperation with Russia and the release of the Lieutenant Colonel Emmanuel Zoungrana, in prison since last January, accused of conspiring to organize a coup. Moments later, shots and explosions were heard again in the Ouaga 2000 neighborhood, where the presidential palace is located.

Discomfort among certain sectors of the Army had been growing in recent months due to the deterioration of the security situation and the constant harassment by jihadist groups, specifically the Support Group for Islam and Muslims (JNIM) and its local allies. The straw that broke the camel’s back was the terrorist attack, last Monday, on a freight convoy as it passed through the town of Gaskindé, in the north of the country, when it was on its way to supply the city of Djibo, besieged by jihadists. for months. In this attack, according to the authorities, 11 soldiers died, some twenty people were injured and 50 civilians, most of them merchants, are missing.

Lieutenant Colonel Damiba came to power on January 24 after leading a coup against President Roch Marc Christian Kaboré. Then, the rebels assured that they were taking power due to the Government’s inability to deal with the jihadist violence. “The deterioration of the security situation that threatens the foundations of our nation and the manifest inability of power to unite the Burkinabe and deal with the situation” was the reason given then in a statement made on public television.

However, eight months later the security situation has continued to deteriorate at an alarming rate. Half of the country, especially the rural areas and with special intensity the northern, southern and eastern regions, is outside the control of the State and in them roam freely armed groups dedicated to robbery, extortion, kidnapping of civilians and the collection of taxes. The crisis began in 2015, first as a contagion of jihadism from Mali and later through the emergence of local terrorist groups. In these seven years there have been more than 7,000 deaths and some two million people, 10% of the population, have fled their homes, according to the UN refugee agency (Acnur).

This military coup is also preceded by the first major demonstration against Damiba since he came to power in January. The protest took place this Thursday in Bobo Dioulasso, the country’s second largest city, when civil society groups organized a rally early in the morning to denounce the “chaotic management” in terms of security and request the resignation of the president. Dozens of people, many of them merchants especially hurt by what happened in Gaskindé, decided to close their businesses in a protest that was gaining ground as the hours passed. The forces of order tried to prevent the concentration.

As happened in Mali in the two coups d’état suffered in 2020 and 2021, which brought Colonel Assimi Goïta to power, the shadow of anti-French sentiment and the growing Russian influence that is spreading throughout the Sahel is present in this revolt. Dozens of Burkinabe citizens have already raised Russian flags to celebrate the coup last January and at Bobo Dioulasso’s rally this Thursday, representatives of civil society called for a change of allies in the fight against terrorism, following the example of Mali, which ordered the expulsion of all the French military and since the end of 2021 he has been collaborating with Russian instructors and mercenaries from the private company Wagner.