A fire devastates the storage area of ​​the Bricomart de Alcorcón 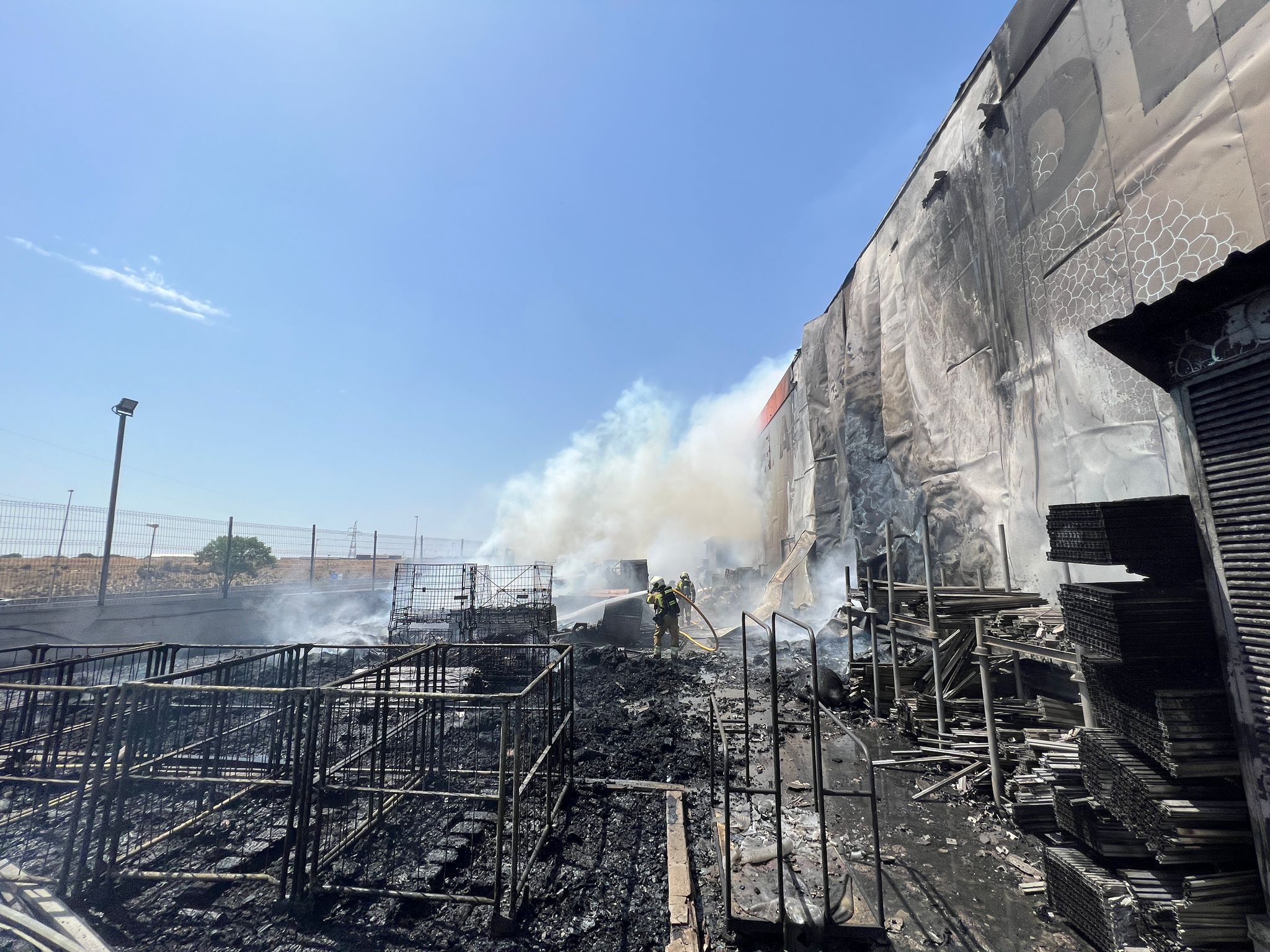 A fire broke out around two in the afternoon this Monday outside the Bricomart in Alcorcón (Madrid), which about two hours later was brought under control without causing injuries or reaching the main warehouse of the building materials store. construction and DIY, located in the El Lucero industrial estate, reports a spokesperson for the 112 Community of Madrid. Three fire departments from Alcorcón and two from Móstoles continue to work in the area to completely extinguish the fire, which has devastated the material storage area attached to the warehouse and has affected part of the façade. A large plume of visible smoke was visible several kilometers away.

“Fortunately, no one is affected and the fire is under control. The Municipal Police of Alcorcón carry out a security perimeter” of the area, between the M-50 and San Martín de Valdeiglesias avenue, has indicated the Fire Department on its Twitter accountwhere they explain that they continue to work together with the Móstoles Firefighters to refresh and remove the affected material in order to prevent it from rekindling and to put out the fire completely.

The Bricomart workers have left the company’s facilities by their own means, where a Summa 112 and Red Cross preventive health device has been set up, which has not had to attend to anyone. The fire has not spread to the store, which has been affected by smoke.

The person in charge of the intervention, Luis González, Fire Sergeant of Alcorcón, has explained in a video provided to the media that the fire was “of great virulence” and has detailed that the Alcorcón firefighters have acted in the right sector and in the left , those of Mostoles. “It has only developed abroad and has affected solid fuel material on pallets, such as doors and pool covers,” González said. “With the extinction work completed, we have confined the incident and we are removing and extinguishing the embers. There has been no structural damage nor has the fire spread to the interior of the ship. There have also been no personal injuries or any type of injuries, ”said the sergeant.

On June 28, firefighters already had to intervene to put out another spectacular fire at the facilities of the SSolis paper and cardboard recycling company, located in the special industries area of ​​this town. Also on June 16, another major fire was recorded in this same area, in the Alcorcón special industries estate, that affected another of the paper industries in the town, Marepa, which already suffered a major fire in 2017.

Complete disaster of the companions: We will harangue their militancy to exhibit in opposition to the PSOE for the ‘Trans’ Legislation

How long will the myth that HBO founded good television last?