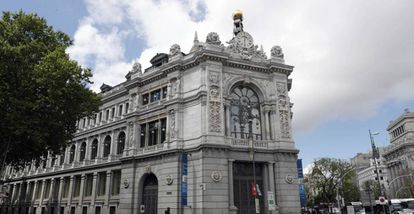 Facade of the headquarters of the Bank of Spain, in a file image.

A court in Madrid has condemned the Bank of Spain for the unfair dismissal of a worker in 2019. But it is not just any employee. Jorge Pérez Ramírez, who held positions of responsibility in the organization as part of the third managerial echelon, distanced himself from the official line defended by the entity during his statement in the Bankia case trial. That happened in May 2019, when as the former head of Accounting Regulations, he said that Bankia’s IPO prospectus was “an absolute contradiction with the financial statements” that he himself warned about. Two months after that intervention in the National High Court, on the last day of July, he received a letter of disciplinary dismissal.

In that burofax, the Bank of Spain alleged three reasons: “Transgression of contractual good faith”, “repeated non-observance” of the regulations and “breach of professional secrecy”. The latter was based on a file opened months before, in November 2018, following the journalistic leak of the replacement of the then General Director of Supervision of the entity. That investigation found that Pérez, who appealed against his dismissal, had communicated by phone and email with the journalist minutes before she made that information public. For this, an extensive scrutiny was carried out of the communications that the employee had maintained for years (since 2016) through his corporate email. In total, states the sentence, “more than 47,000 emails were analyzed and evaluated”, in addition to the one that had originated everything (a farewell that the Director of Supervision had sent to all employees).

The ruling ensures that “if the applied logic could be true” (that is, that Pérez forwarded that email to the journalist causing the leak), “it is also true that the merited email was sent to some 500 employees who also forwarded it to personal emails ” . And he also maintains that the content “was completely innocuous and also public and notorious since a press release was written announcing the new appointment.” But in contrast to that innocuousness, continues the magistrate María del Carmen Rodrigo, of the Social Court number 41 of Madrid, “an arduous investigation is started (…) for which purpose a company is hired”.

That company was a subsidiary of Deloitte, of which the ruling highlights that it was “accused in the Bankia case, in the IPO, and sanctioned by the ICAC [Instituto de Contabilidad y Auditoría de Cuentas], chaired by Doña Ana María Martínez-Pina”. This name does not appear by chance because, as the judge points out, it was one of those included in the search criteria when scrutinizing the dismissed emails. This investigation was not correct, according to the sentence, because it was done after the deadline and because “the Bank of Spain has not conducted itself according to the protocols to clarify the leak, since the analysis must be exclusively to investigate and verify the leak, without that another reason has been glimpsed to go back years ago”.

In addition, the judge ensures that “the behavior that is reproached is not involved in any serious and guilty breach of those that are branded in the dismissal letter.” And she rejects in the ruling each one of the justifications of the Bank of Spain, to conclude that “none of the infractions attributed in the extinctive communication concur […] and the dismissal must be declared unfailingly inadmissible”. For this reason, he orders the reinstatement of Pérez or the payment of compensation of more than 418,000 euros, in addition to the payment of wages from July 2019 until now (at the rate of the more than 132,000 euros gross he earned when he was fired), discounting what he has received since then in another job or in unemployment benefits.