25 degrees in winter: another new normal 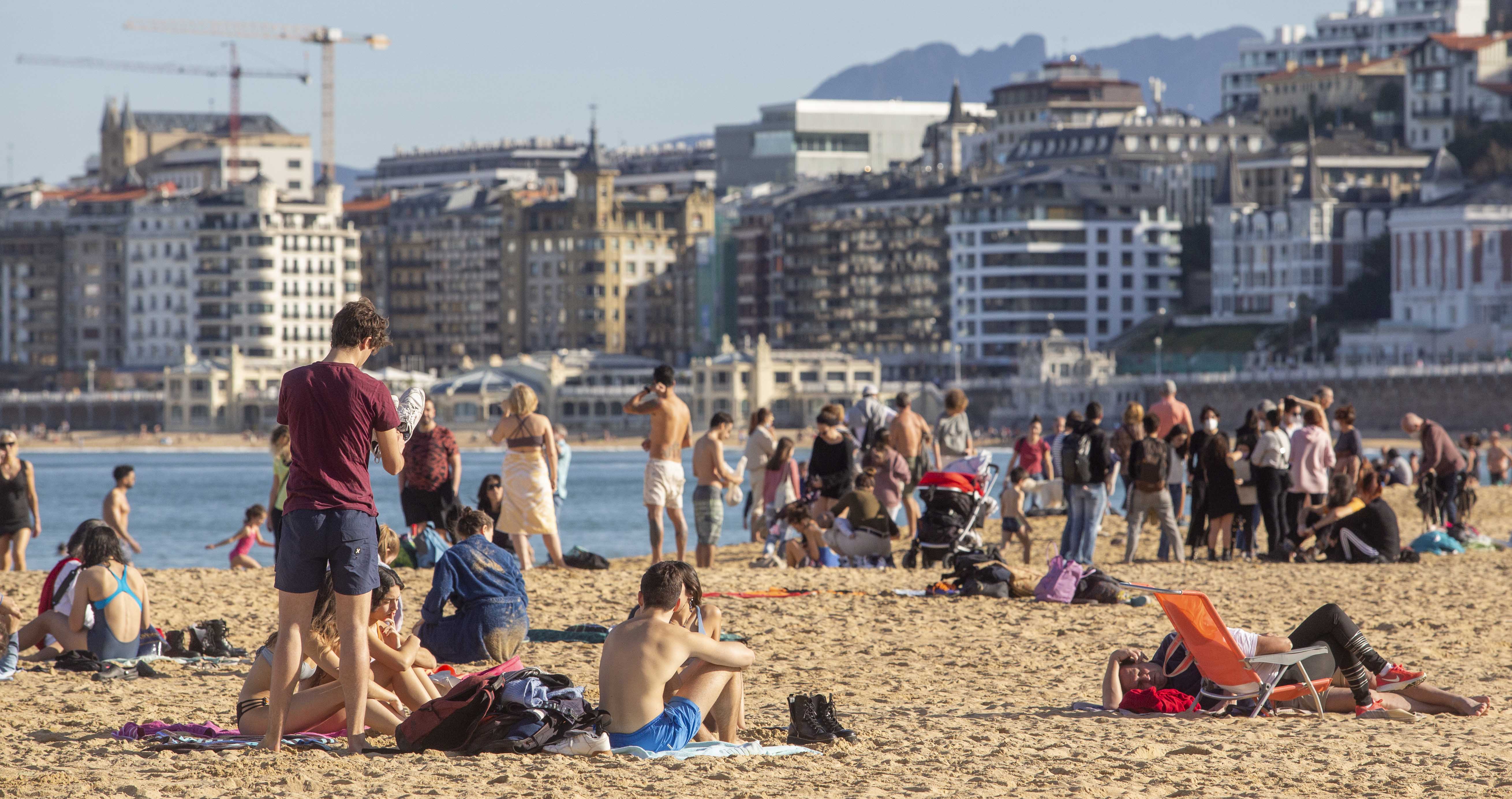 ‘The striking images of bathers in the Cantabrian sea dressed in Santa Claus hats, who took a dip to welcome the year taking advantage of unusual temperatures of 25 degrees in winter, can be very funny, but in reality they do not have any because the thermometers should have marked on January 1 11 degrees less in Bilbao and 12 less in San Sebastián. In the span of a year, two winters in a row, Spain has experienced a historic snowfall, the hardest cold wave in 45 years and a heat wave in january. Is it due to natural weather variability without anthropogenic causes, as the deniers claim, is this normal? It is not, say the experts who, in the absence of attribution studies, link it “without a doubt” to climate change.

This episode of heat in winter has been classified by the State Meteorological Agency (Aemet) of “extraordinary” and “anomalous” both for its intensity ―with temperatures as a whole six degrees higher than usual and up to 10 degrees on New Years Eve, typical of April or May and in some areas such as Galicia, in July― and for its duration ―from December 27 to 3 from January-. Analyzing the records of the National Climatological Data Bank, the agency concludes that they were the warmest days for the time since there are records.

During those eight days, no less than 36 records of heat in winter, both maximum and minimum temperatures. “It is very remarkable that Segovia and Salamanca pulverized their monthly maximum record by 3 and 2 degrees – the usual thing up to now was that the records were barely exceeded by a few tenths -, that Bilbao reached 25th in December for the first time in history and that in A Coruña, Pontevedra or Lugo on January 1 both the maximum and minimum records were broken ”, explains Rubén del Campo, spokesperson for Aemet.

The key to these unusually high temperatures, the Aemet spokesperson details, was the arrival from the Caribbean of an air mass that was already warm in origin, which crossed an Atlantic warmer than normal and which once overheated in the Peninsula by a phenomenon called subsidence. “We had never had such a warm air mass over Spain at that time”, states Del Campo, to underline that “the ultimate cause of what happened fits perfectly with a situation in which the planet is warmer”.

Along the same lines as Del Campo, the also Aemet meteorologist Juan Jesús González Alemán affirms that this episode, which would have resulted in a very harsh heat wave had it occurred in summer, is associated “without a doubt” and “with all probability ”to climate change. “I have no doubt, as no one who dedicates himself to this has,” he says. “There is an extensive bibliography that explains how climate change is behind an increase in the frequency and intensity of heat waves in summer and heat episodes in winter, as well as warmer winters in general,” he argues. Although in a qualitative way it is a fact that the hand of man is behind this specific case, to quantify the extent to which “deep and specific attribution studies” are needed, in which its probability is compared in an unmodified climate and in the current, as both meteorologists recall.

For Del Campo, the most striking thing is that “not a year” has passed since Spain suffered the coldest fortnight of January in 35 years and now, the warmest week in at least 70 and, in between, a heat wave in August, 47.4º was reached in Montoro, the historical record for temperature in Spain. “All this fits perfectly in a scenario in which, due to climate change, extreme events, previously very rare, are on the rise.” In his opinion, 2021 has been “a paradigmatic year in terms of climate change in Spain” due to many other episodes, among which he cites the floods in the Ebro, with three times more water than normal in the Cantabrian Sea and northern Navarra. between the second half of November and the first of December.

In a stable normal climate, extreme events on both sides of this curve would occur every many years.

What happened in 2021 is not a normal and stable climate, and everything points to Climate Change. We are already entering the new climate era. pic.twitter.com/x3hPohPd0x

González Alemán assures that the anomaly of this situation is perfectly seen when they are placed Filomena and this heat on a graph where all meteorological events are represented with their associated frequency. “In a normal, stable, pre-industrial climate, most days are in the center of the curve, while extreme events occur every many years,” he explains. A) Yes, Filomena it would have less than 0.1% probability of happening and this winter, as it has never happened since the seventies, that there are satellites, and with some higher records in specific locations, “even less”. “The curve is shifting towards higher and higher temperatures,” he warns.

Along with the evident increase in global temperatures, which is widely studied, another less well-known and more complex problem is climate variability, “with a warping curve and a very crazy climate that passes very quickly and frequently from one extreme to another ”, maintains González Alemán. “All this indicates that something is happening and there are more and more voices that point out that climate change also affects variability,” he warns. “All this are unmistakable signs and are already part of a climate that we do not know and that behaves in different ways,” he concludes, to recall that 2021 has been anomalous on a global scale, with records of 49.6 degrees in Canada in July and of 19.4 degrees in Alaska in December. “The records, climatically speaking, are broken every 10 or 20 years, that of beating them every two by three, from one extreme to another in such a short time and for so much difference is really anomalous,” he reiterates.

“What happened in 2021, an extremely variable year, is not normal. Welcome to the new climate era ”, González Alemán says. With this closing firecracker, the Aemet assumes that last year will probably end up being classified as warm, which will be the eighth in a row with temperatures above the normal average. “It will be the first time that for such a long period all the years are warm in our country,” emphasizes Del Campo. Looking at the winters only, five of the last six have been hot or very hot or extremely hot, including last winter despite Filomena, and with the one from 2019 to 2020 as the warmest since there are records. In terms of records for hot days and cold days, 13 days in 2021 were the warmest for their date since 1950, while no day was the coldest for their date, despite the very low temperatures recorded. after the storm Filomena. In the last decade, 11 times more records have been broken for heat than for cold.

This New Year’s Eve your brother-in-law will rightly comment that it is not the first time that we have suffered so much heat in December and that we have to put everything in context. Perhaps he will also “forget” to show you these types of graphs and put them in context (1/3) pic.twitter.com/f5OSevxles

Teachers before returning to class: doubts with the new protocol and fear of an avalanche of casualties