Stronger, lighter, more economical. The triptych of the new Honda motorcycle. After months of waiting, the new Honda CB750 Hornet made its official debut at the Intermot exhibition, with a modern appearance, a “packed” weight of 190 kg, and a brand new twin-cylinder in-line engine, with a horsepower of 90.5 hp and a torque of 7.7 kgm. “Collected” and its purchase price was announced!

Two and a half decades after the first appearance of the CB600F Hornet, the bare-bones motorcycle based on the four-cylinder CBR600 of the era that wrote a successful commercial run, the Hornet name returns, on a completely different bike in every way. 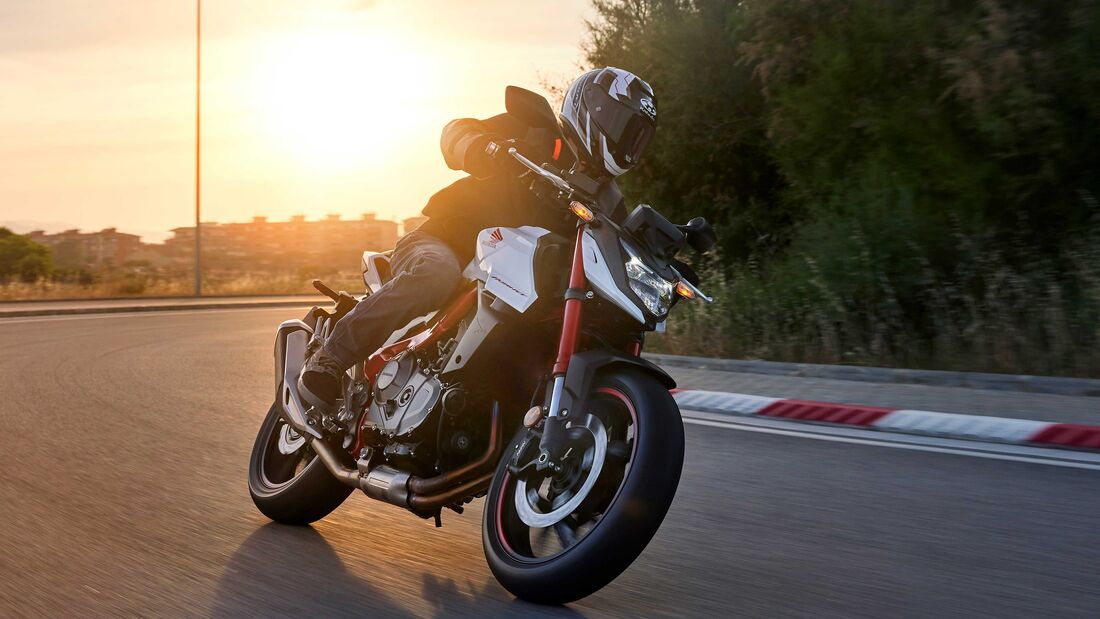 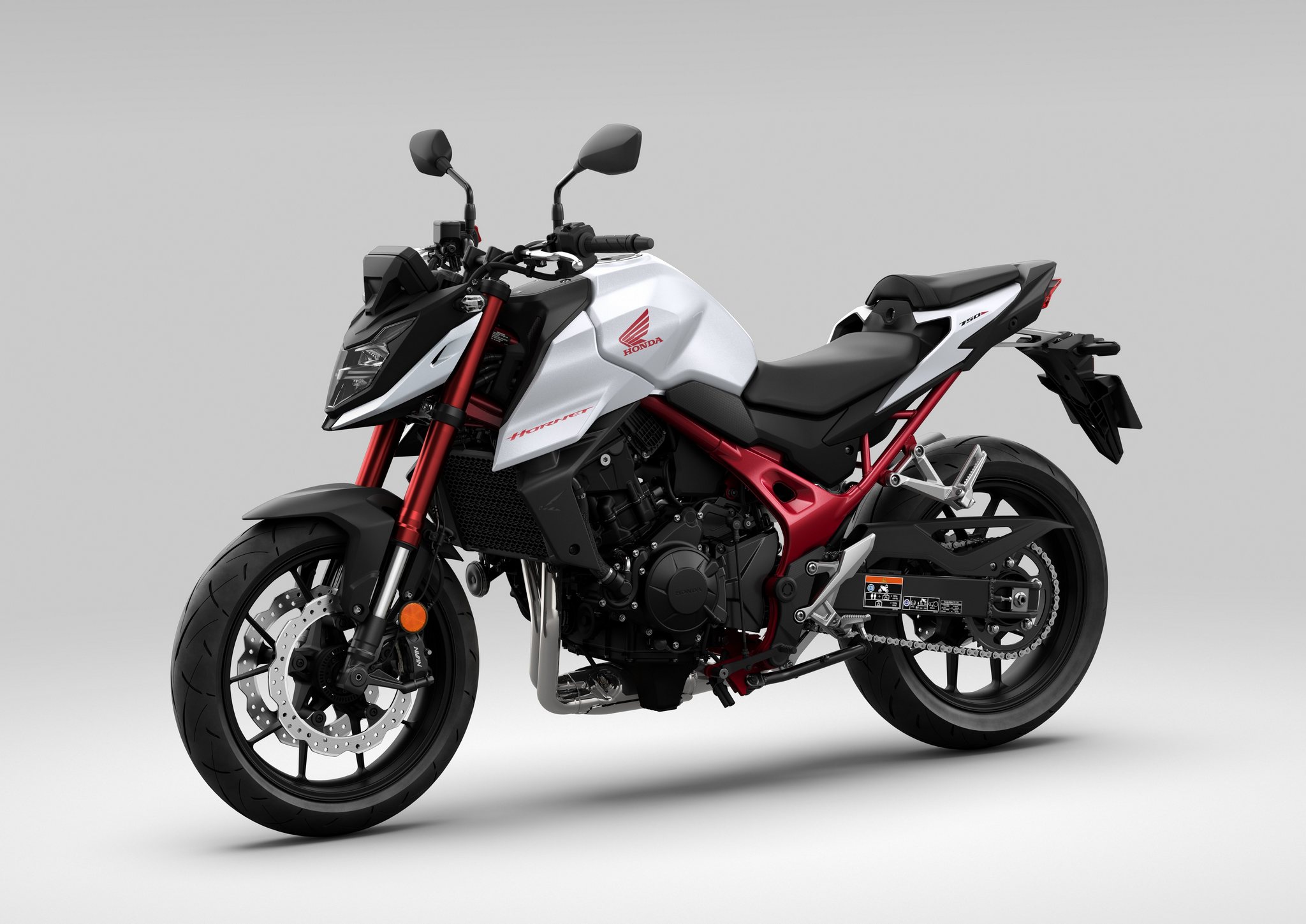 His official presentation Honda CB750 Hornet model year 2023, it was made by the Japanese company yesterday, on the first day of the Intermot 2022 exhibition taking place these days in Cologne, Germany.

The Honda CB750 Hornet with more than nine dozen horsepower and the price in Germany being announced below 8,000 euros! Honda is bringing back a big name for the mid-size segment. 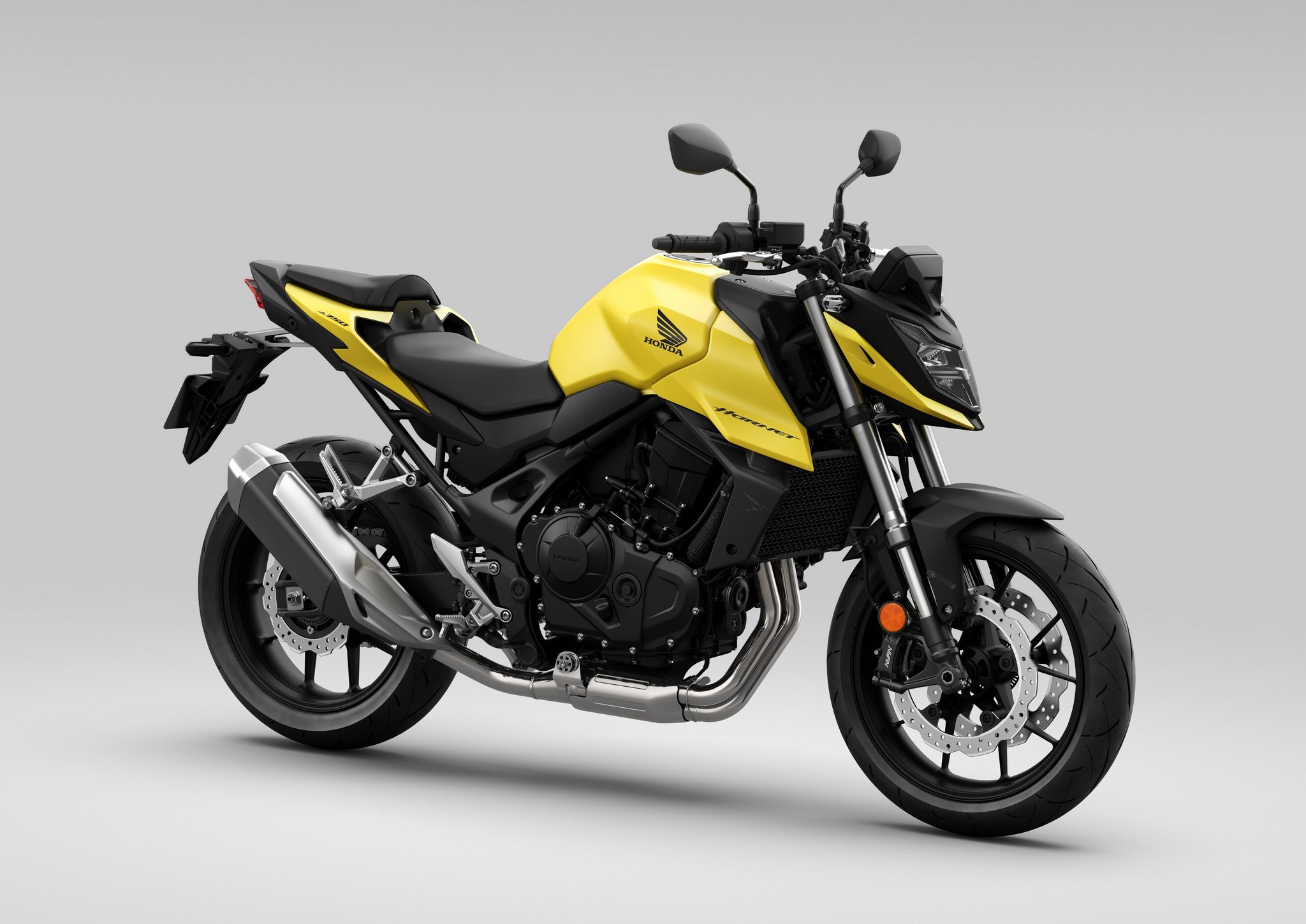 Armed with a new 755 cc and 90.5 hp engine, the CB 750 Hornet aspires to be the crown jewel of affordable naked motorcycles.

Looking to counter the Hornet with a stronger arsenal, but also a competitive price, the commercially successful Yamaha MT07 in Europe (73.4 hp and 184 kg) offers almost 91 hp and a weight of 190 kg, with both bikes loaded. The 750’s tank holds 15.2 liters of fuel. 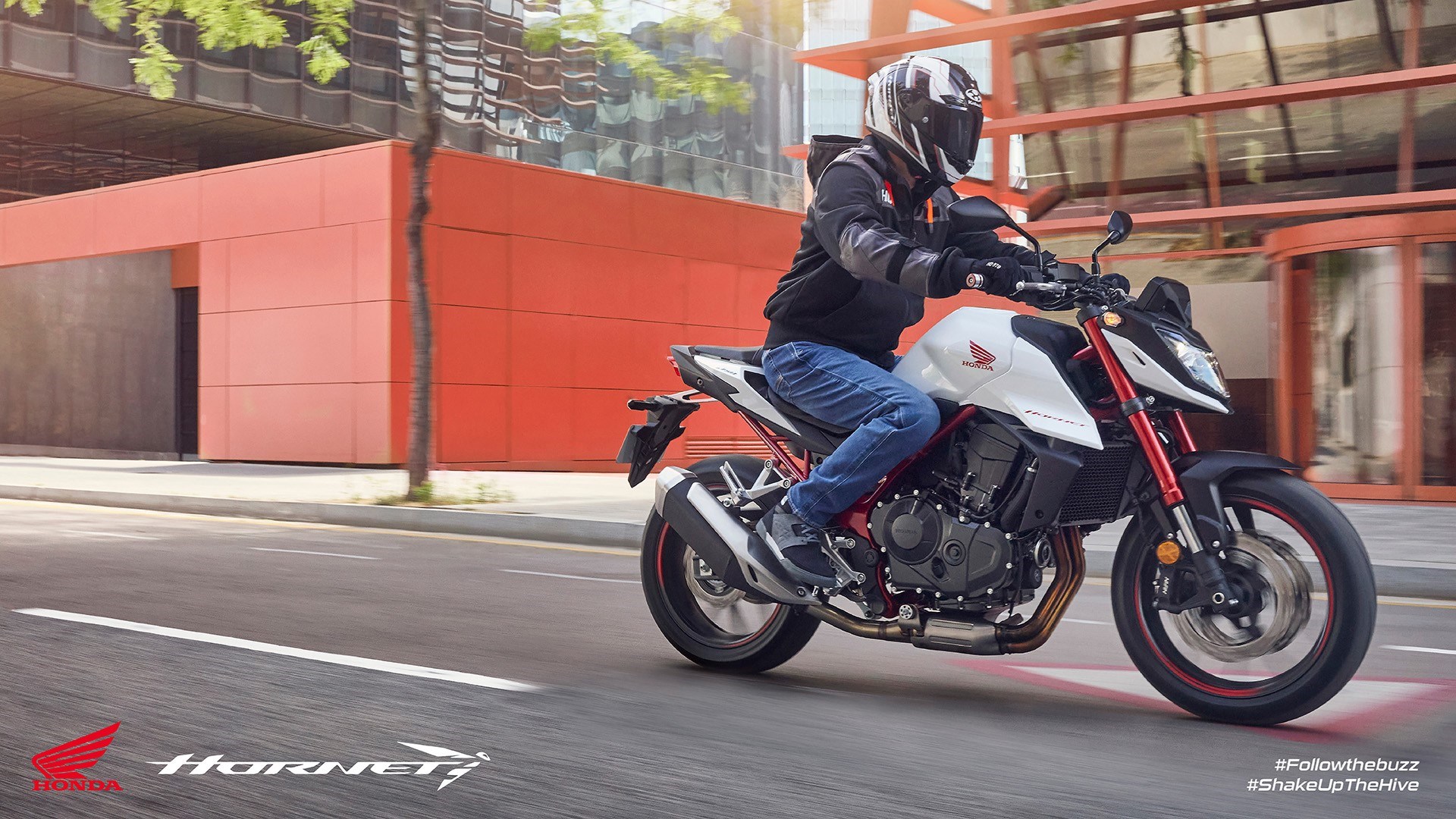 It was known before the Hornet appeared that the engine was of a new design. The in-line twin engine has nothing to do with the old NC750 engine, not in design, not in architecture, not in terms of horsepower. The NC engine produces 58 hp and has its two cylinders in a particularly inclined position.

The new four-valve engine shares much in common with the Africa Twin’s familiar 1100-series engine: A single camshaft rotates in the cylinder head and drives the 4 valves per cylinder, and the crankshaft is 270 degrees. 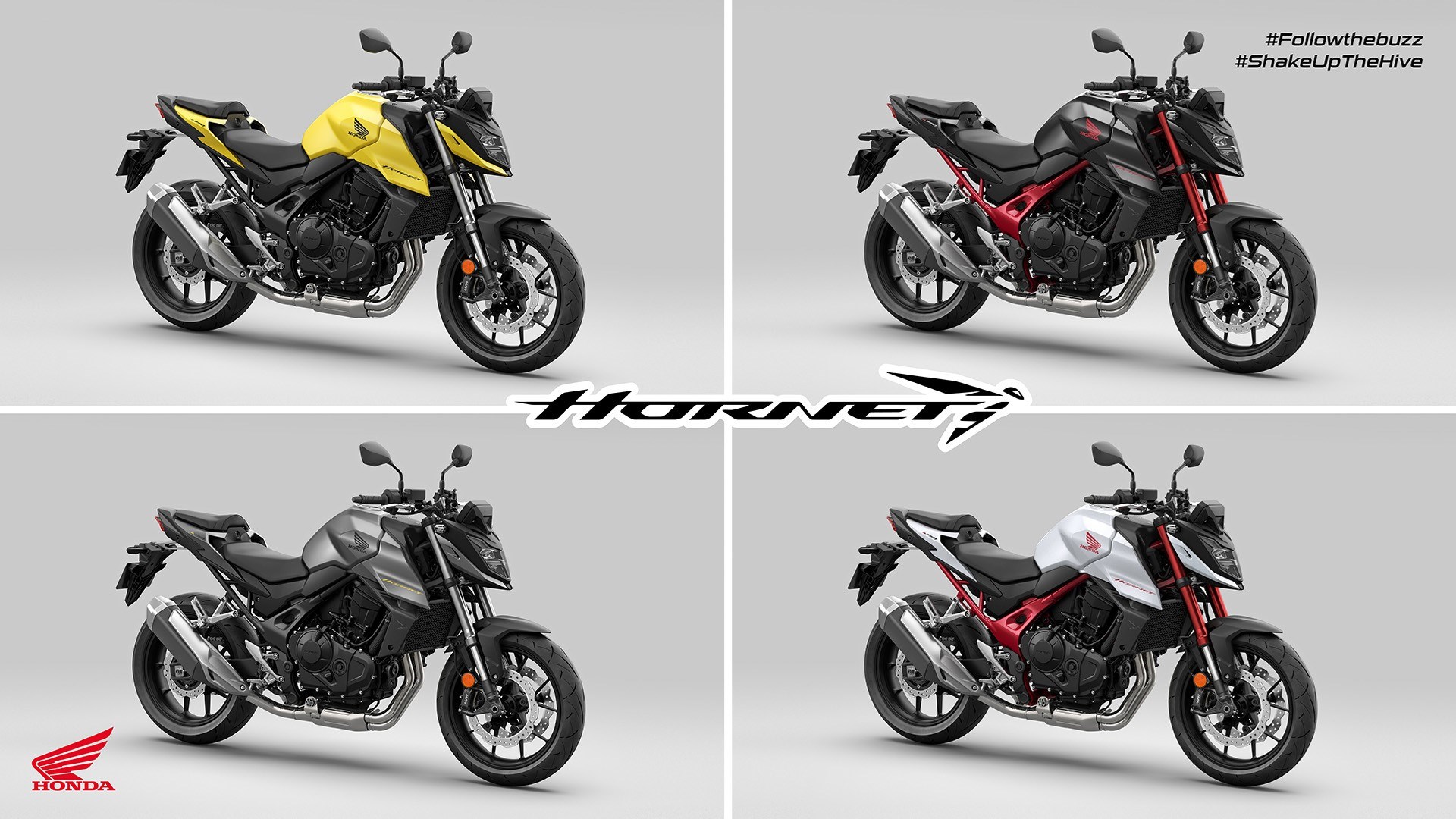 This performance will make the Hornet reach 205 km/h. 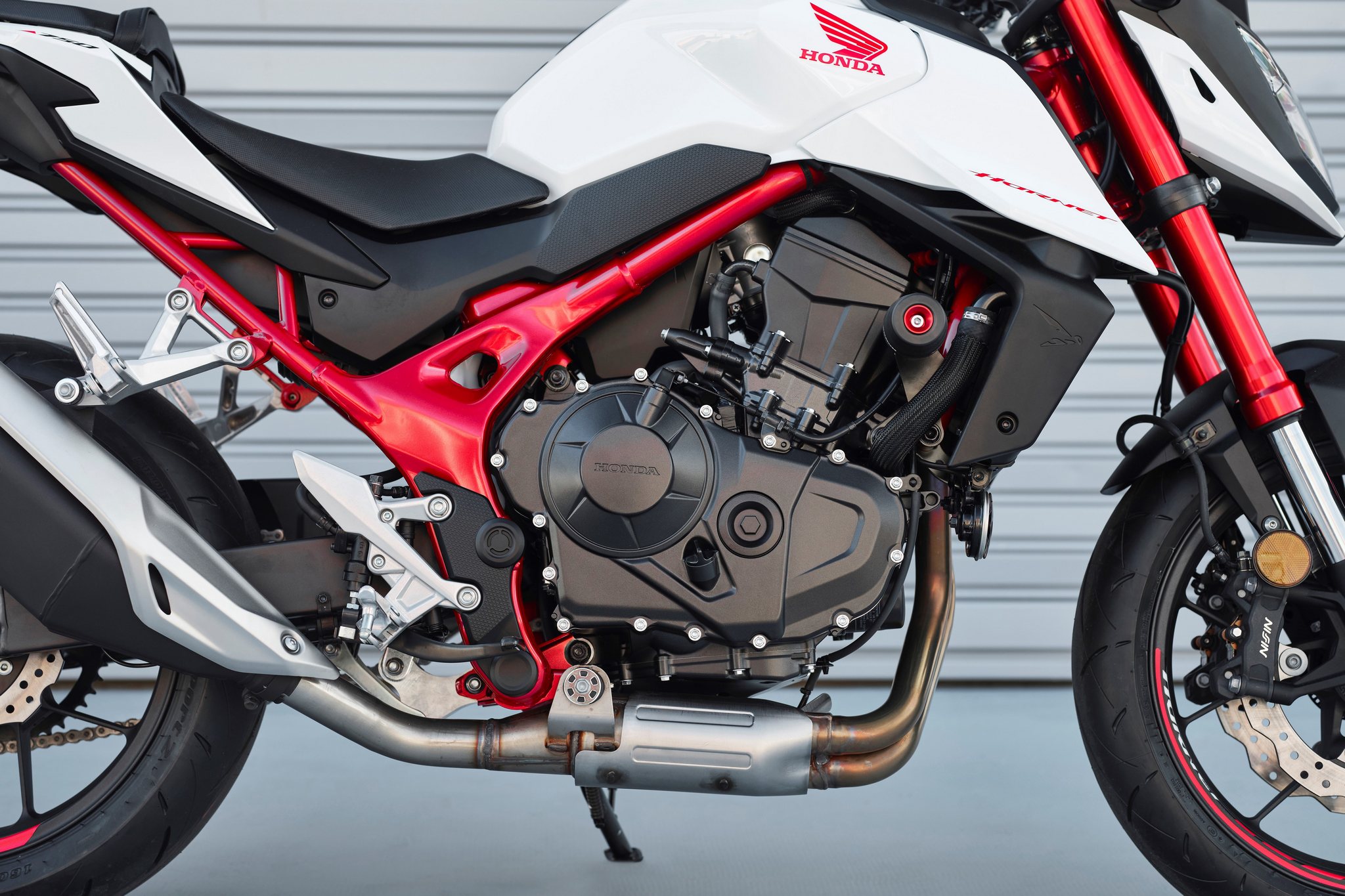 The surprise also comes from the frame which is brand new, newly designed with prominent thin tubes on its sides, on which the new Honda CB 750 Hornet engine is bolted.

The tubular frame reduces their weight in several ways, while achieving the required stiffness and controlled flex.

A Showa BP upside down fork (with red stems in two color schemes!) 41mm diameter rods and 130mm of travel, with 99mm of trail. 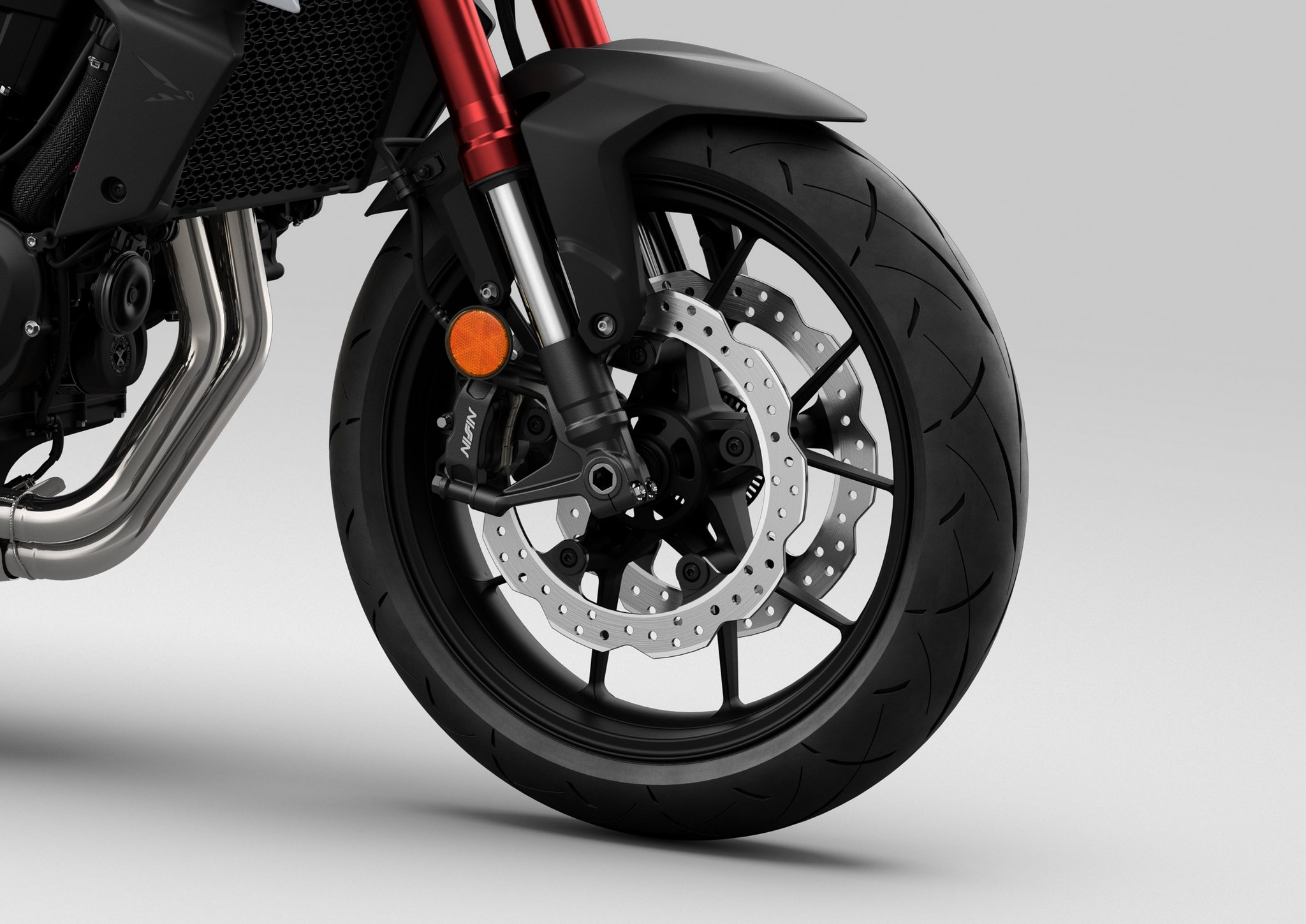 This dimension is welcome in terms of flexibility it will offer to the motorcycle, while note that there are lower horsepower motorcycles that wear a 180/55 rear tire.

The single lever shock absorber, which has preload adjustment, gives 150mm of wheel travel, while Honda claims a wheelbase of 1,420mm, seat height is 795mm. 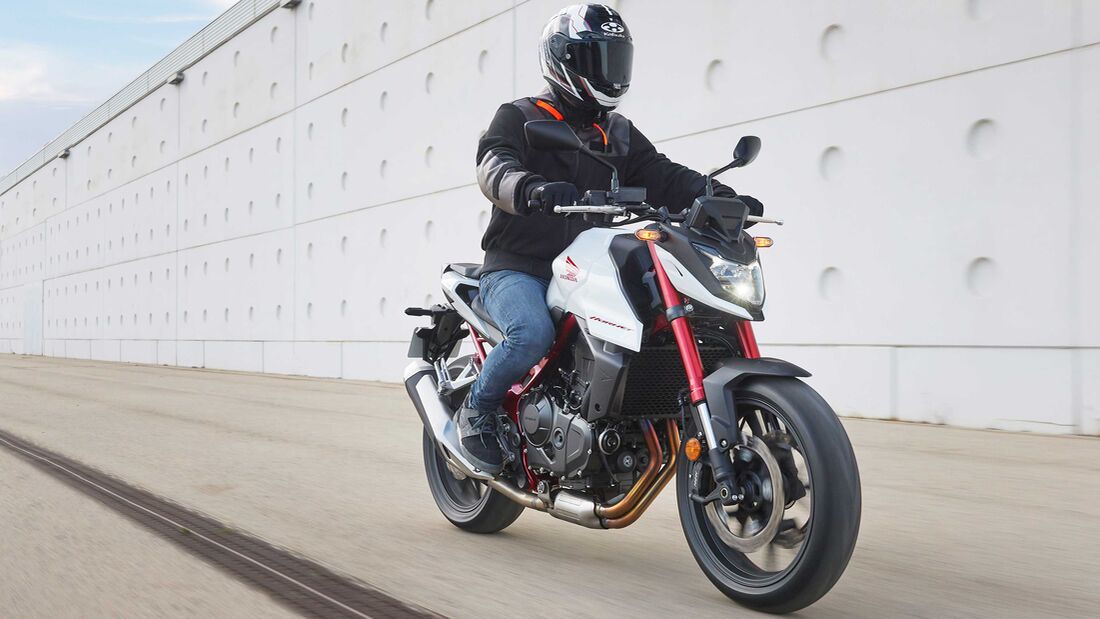 The brakes feature two Nissin radial calipers at the front, with 296mm diameter discs, while a 240mm disc takes care of braking at the rear.

The equipment includes, in addition to the 5-inch TFT color digital instrument display with connectivity and Honda Smartphone Voice Control (not yet available in Greece), full LED lights and emergency stop system (ESS) indicators, with which they flash automatically under heavy braking to alert those following on the road. 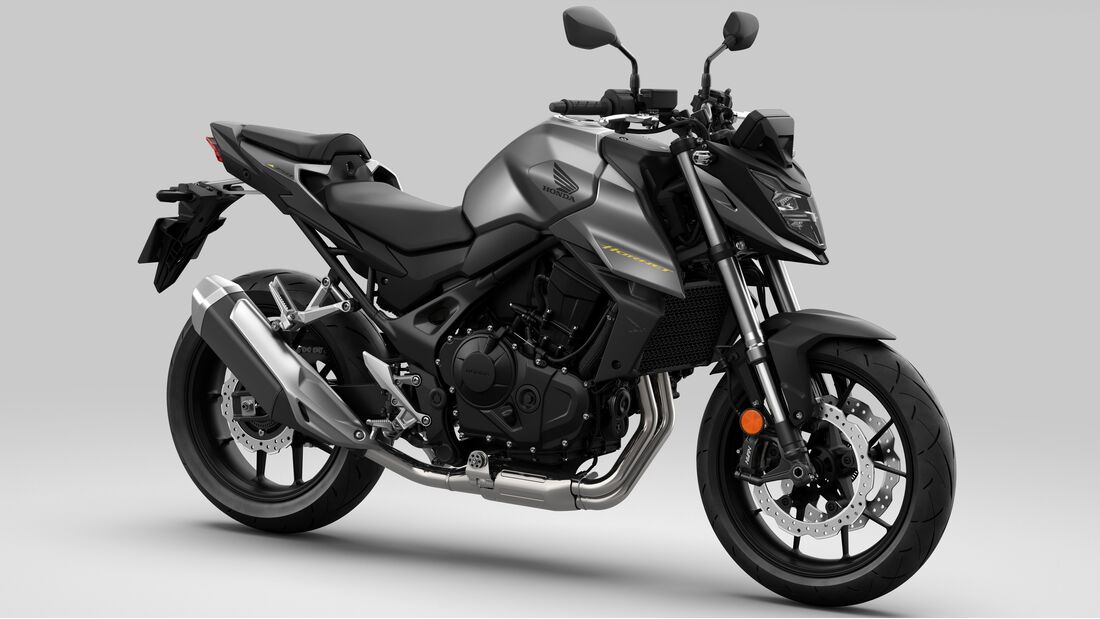 The appearance is brand new and “lean”, austere, with the headlight mask particularly thin, while the corporate identity remains strong. Of interest are the “wings” located in front and below the tank, which vaguely resemble the winglets, the aerodynamic small wings, of the MotoGP motorcycles of the World, while their function is different. Honda has built a patented air intake system they call the Vortex Flow Duct that pushes air into the filter box for optimal combustion. 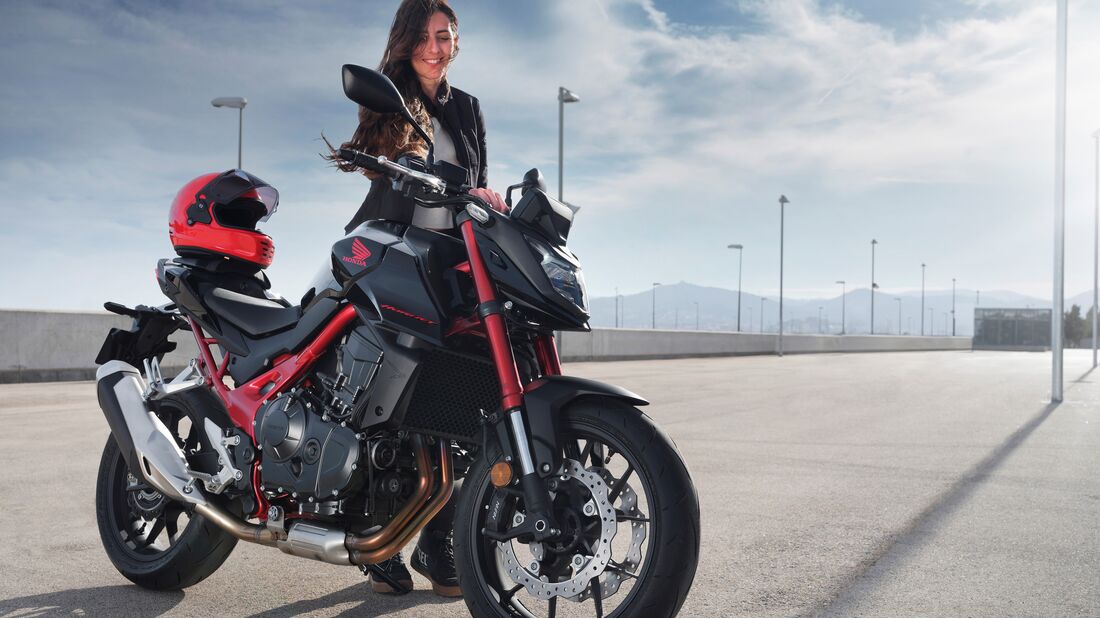 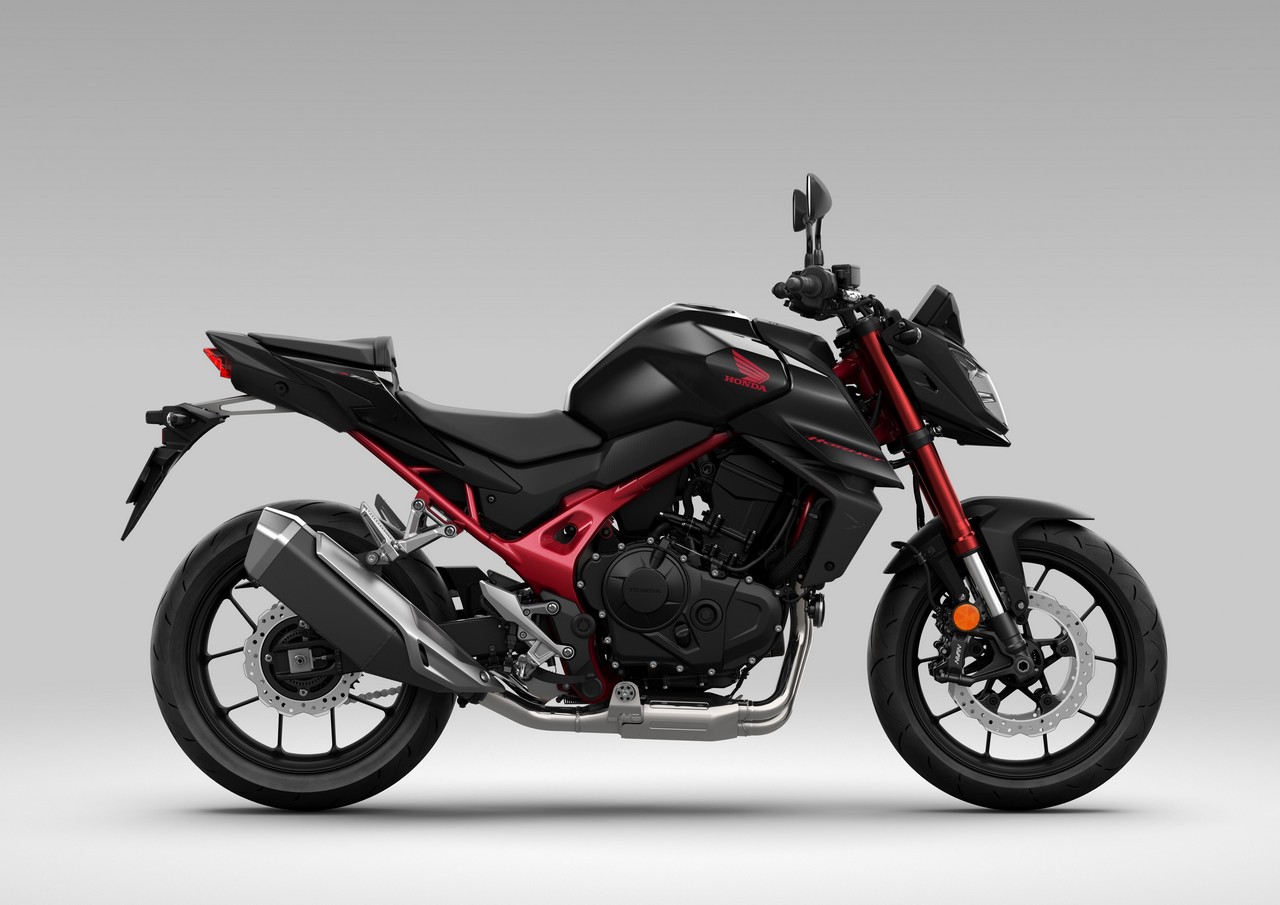 The new Honda CB750 Hornet will be available in four colours: White with Red Frame, Black with Red Frame and Yellow and Grey/Silver both with Black Frame.

The move from Honda has been made, the die has been cast and it will be interesting to see if and how they retain the NC series twin cylinder 750s, which is highly likely since they can be fitted with the DCT system with the automatic. gearbox… which we don’t think is the case with the new Hornet engine.