Suzuki: 70 years in the world of two wheels! – MotorBike.gr

A story full of success

In June 1952, Hamamatsu’s house, Suzuki, introduced its first two-wheeler. It was called Power Free and was a moped (or a bike if you will) with a 36 cc single-cylinder engine called the Suzuki Power Free. Today Suzuki is celebrating this anniversary.

This humble Power Free with its innovative technical solutions, was an immediate success and laid the foundations for the establishment of Suzuki as one of the largest manufacturers of motor vehicles in the world.

Suzuki is celebrating the 70th anniversary of its entry into the space of two wheels and a motorcycle. The Power Free motorized bike made its market debut in June 1952 and was the first motor vehicle sold by Suzuki. 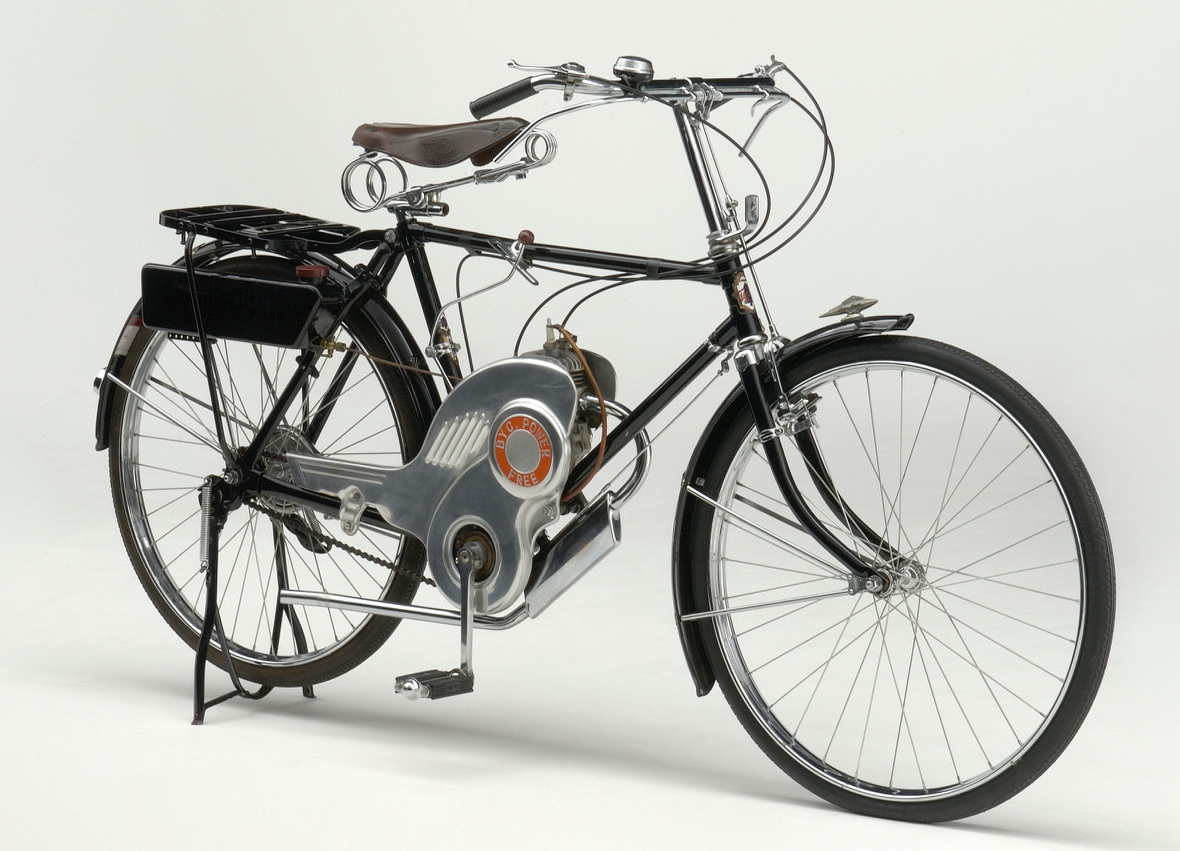 For the company from Hamamatsu this is a very important anniversary because it changed its history forever. With the birth of Power Free began the journey that led Suzuki to one of the protagonists in the movement and one of the leading players in the international industrial scene.

It all started in 1909 when Michio Suzuki, to improve the working and living conditions of his mother, a textile weaver, created, in his workshop in Hamamatsu, an innovative loom, capable of working fabrics quickly and accurately. 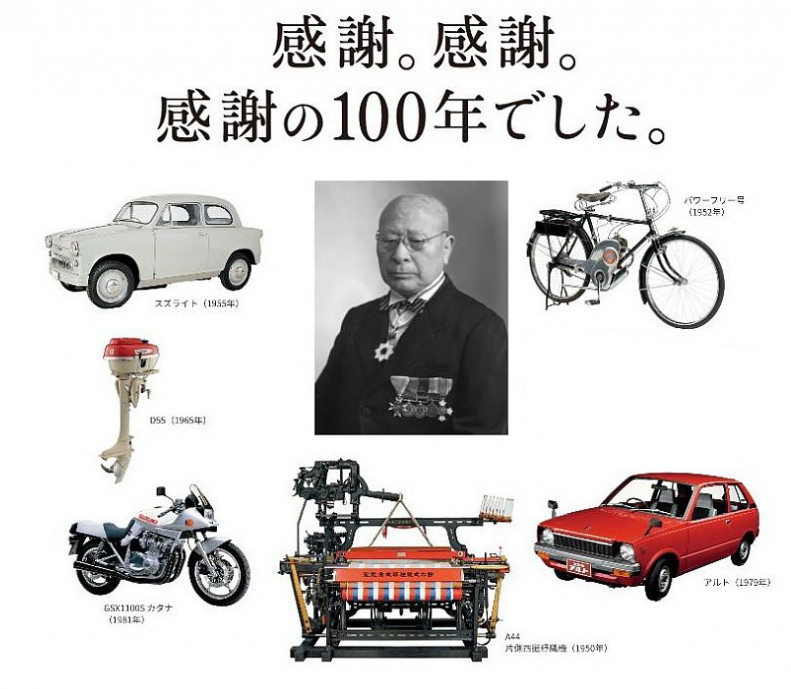 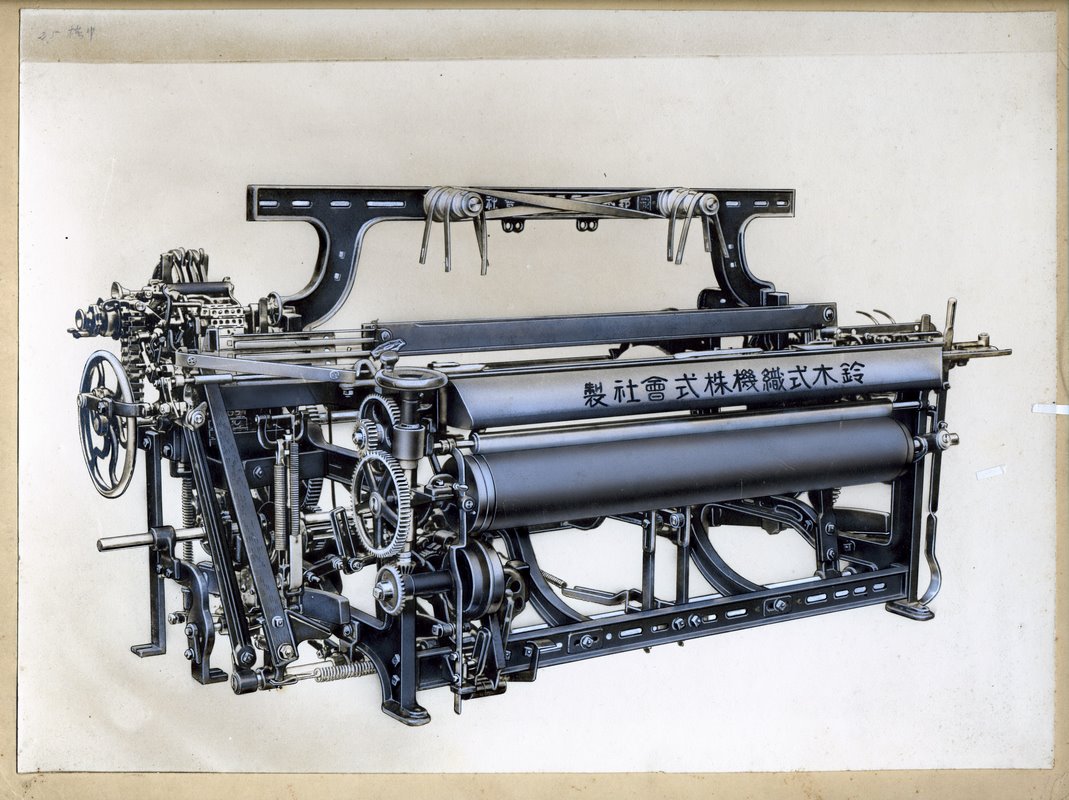 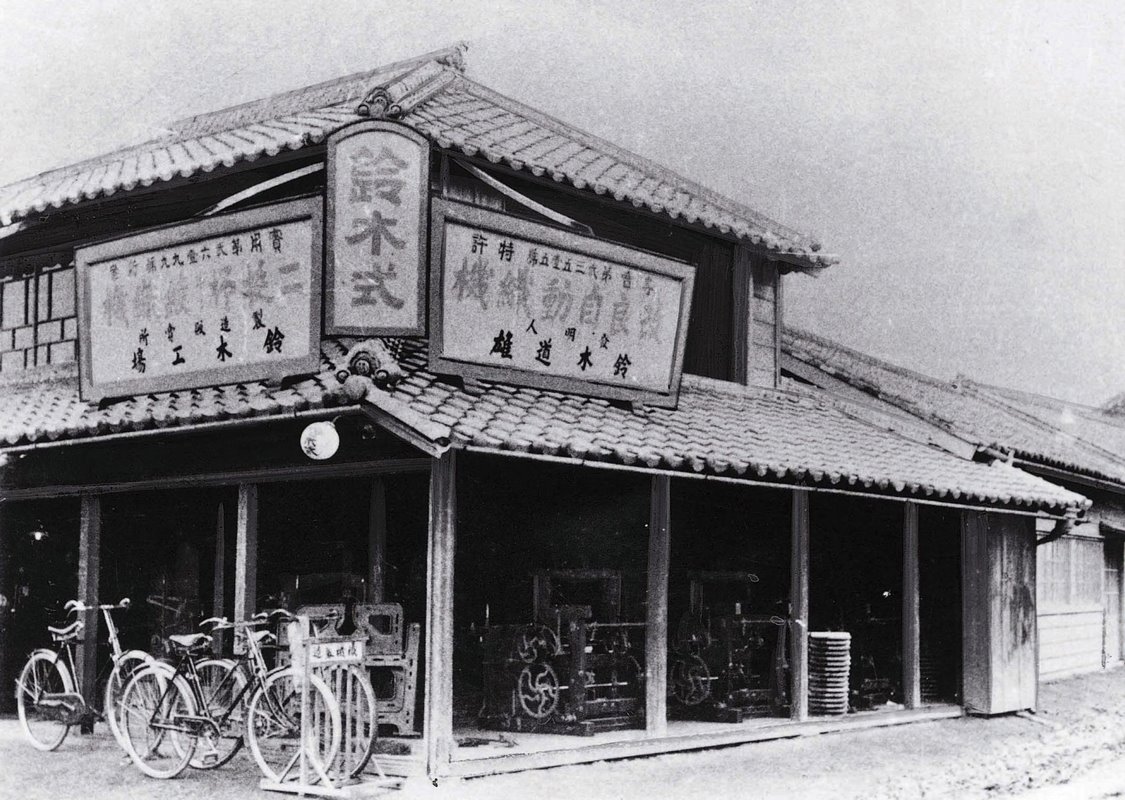 Involvement in the manufacture of textile looms was an activity that led Suzuki to significant growth over the decades, until the outbreak of World War II.

After the war, Suzuki accepted the slowdown in the textile industry and began to consider entering other product sectors.

In the post-war period of Japan, too, there was an immediate need to move. In fact, in a short period of time, only in the area of ​​Hamamatsu, more than 30 different motorcycle manufacturers appeared! 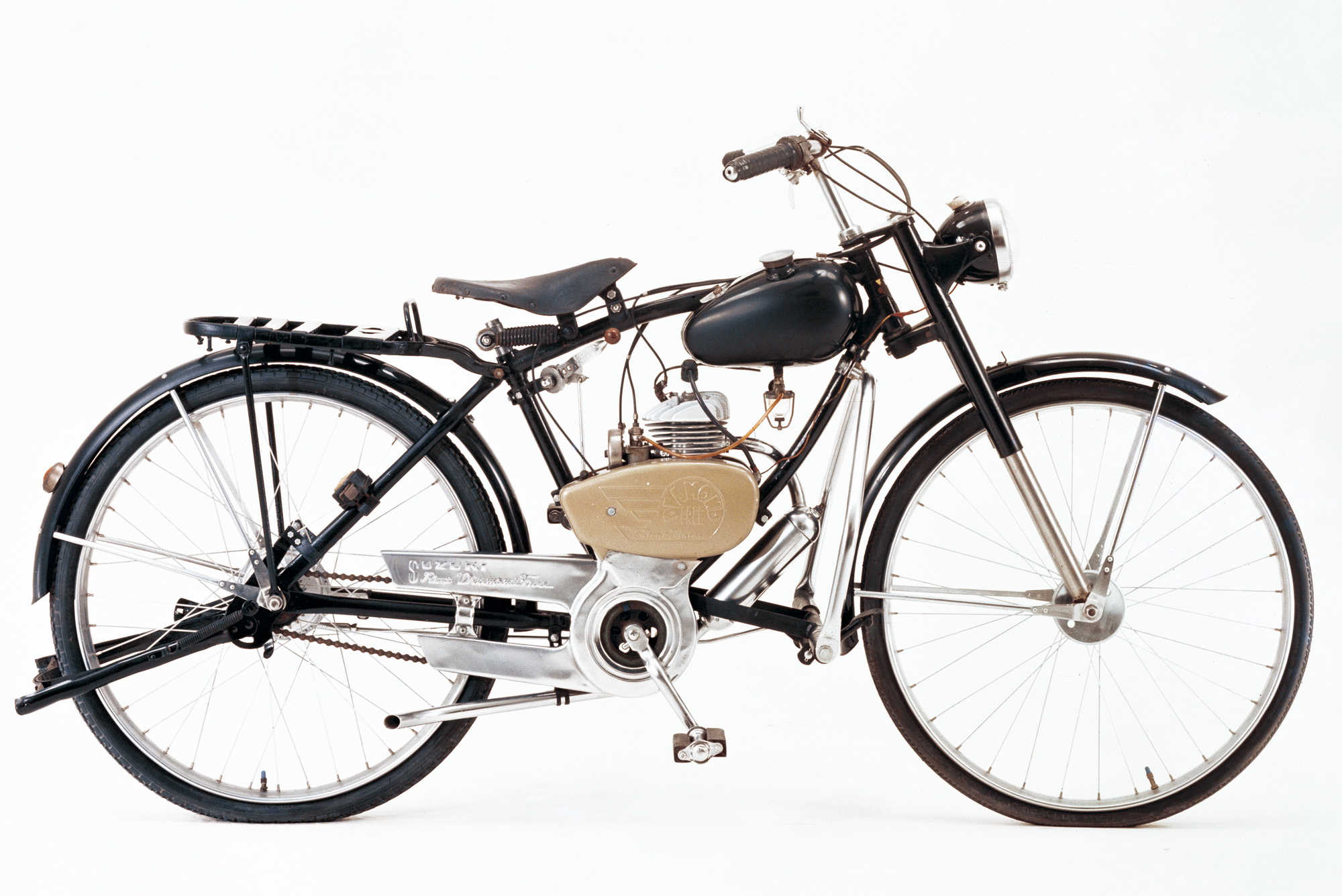 Suzuki decided to enter this thriving market, with then-manager Shinzo Suzuki saying he was tired of going home pedaling – often against the wind!

In the second half of 1951 Shinzo had an innovative idea, that of introducing a system capable of disconnecting the engine from the pedals, so that you could use the bike normally with the engine off and take advantage of the same (single) chain. . 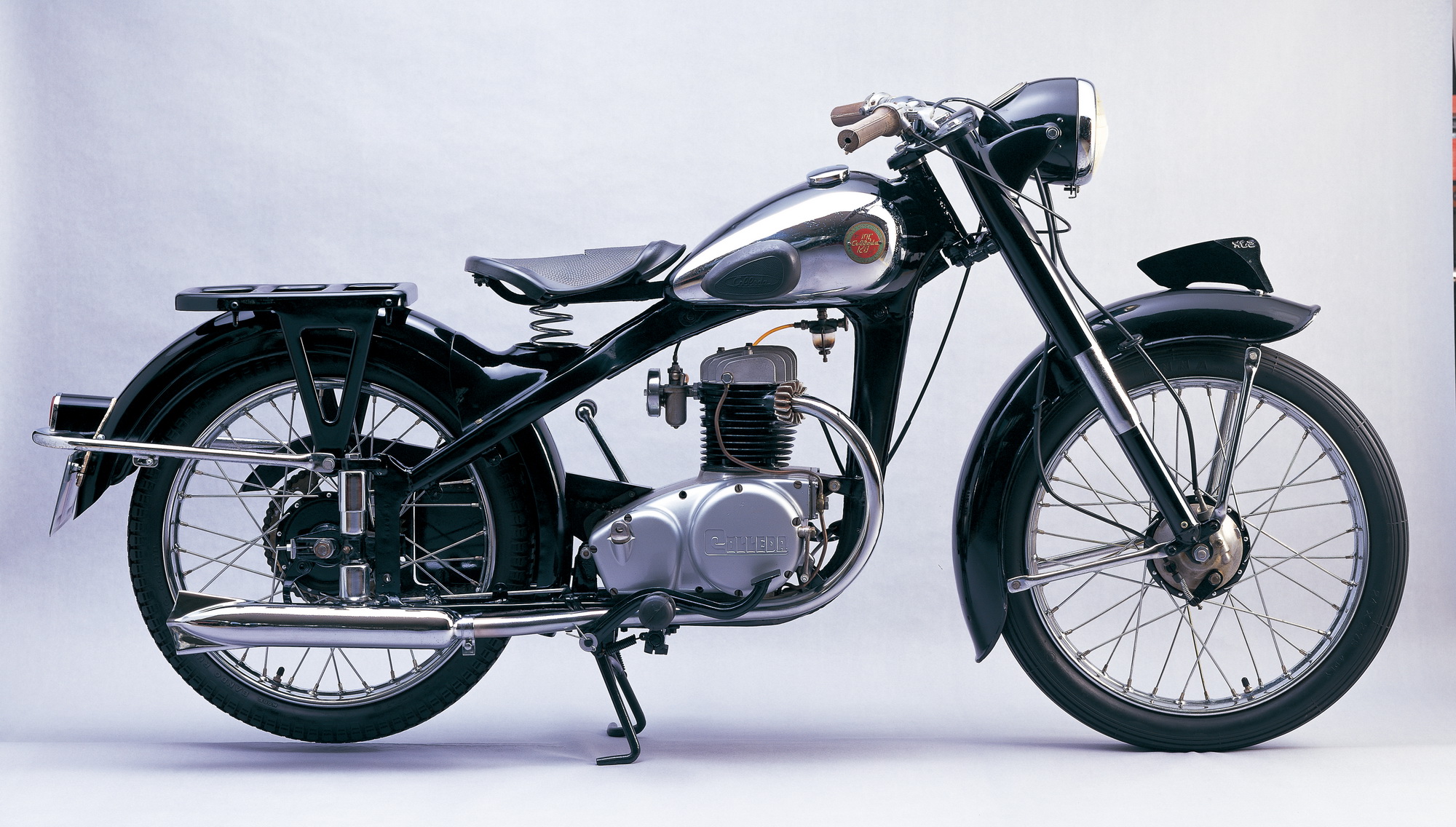 The project was led by Yoshichika Maruyama, who also worked on cars and was a fan of internal combustion engines.

Thanks to the industrial experience gained with the manufacture of looms, the transition from the drawing room to the workshop was so fast that in January 1952 testing began on the first prototype, called the Atom and equipped with a 30 cc engine.

Its power, equal to only 0.2 HP, immediately seemed very limited and on March 3, a second prototype was released on the road, this time powered by the final engine, a 36 cc unit with a maximum power of 1 HP at 4,000 rpm. 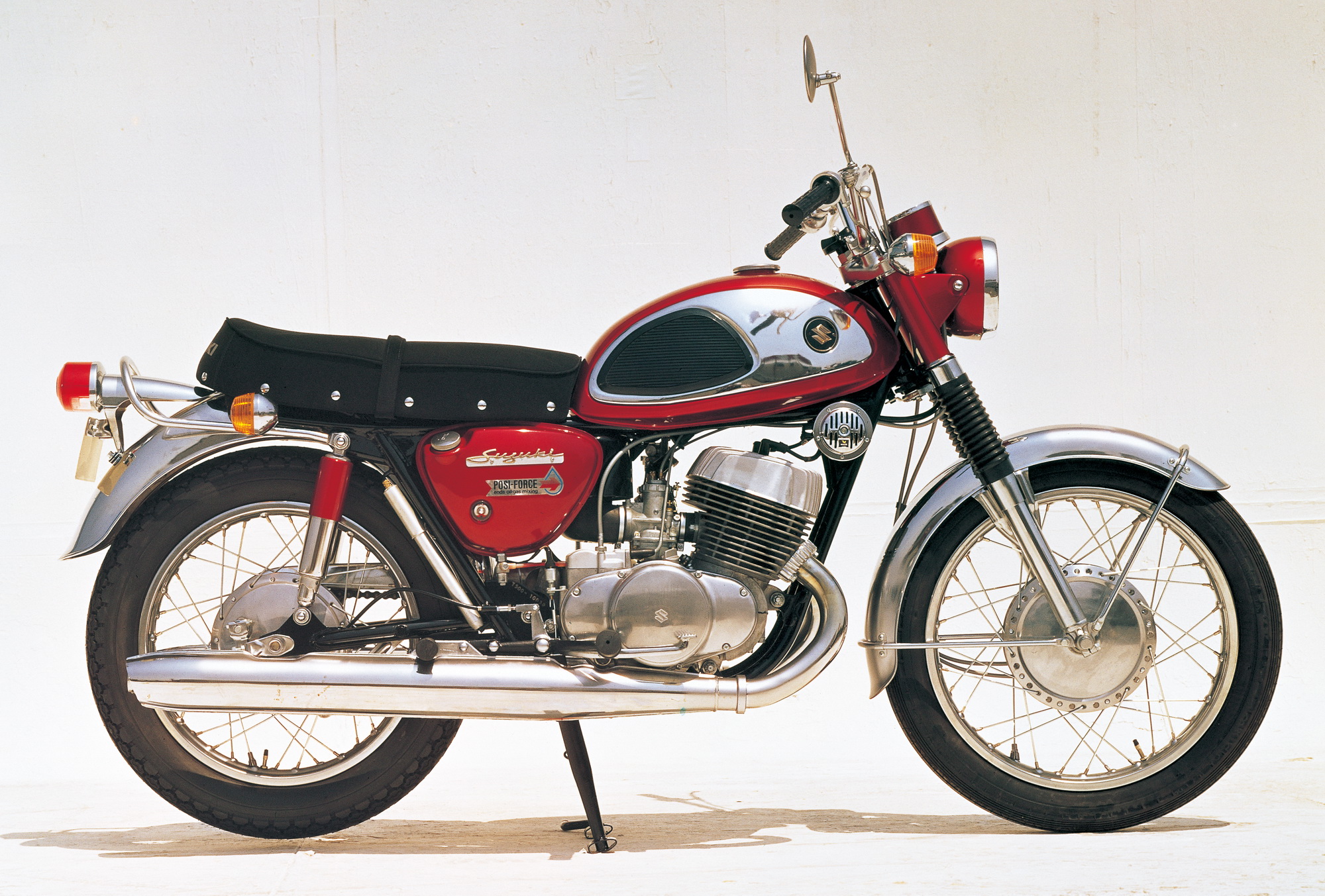 Shinzo and the founder himself, Michio Suzuki, participated in the tests to personally verify the performance, comfort and practicality of the original model.

Based on their indications, all the necessary changes were made to perfect the production model, which took place on April 12. To begin production, Suzuki decided to rely on various external suppliers, choosing to deal only internally with the engine and its peripherals.

The Suzuki Power Free immediately put on its mechanism allowing it to move either like a common bicycle or like a motor vehicle. The moped engine engagement / disengagement system was patented, also in combination with an exclusive two-speed transmission equipped with a liquid multi-disc clutch. 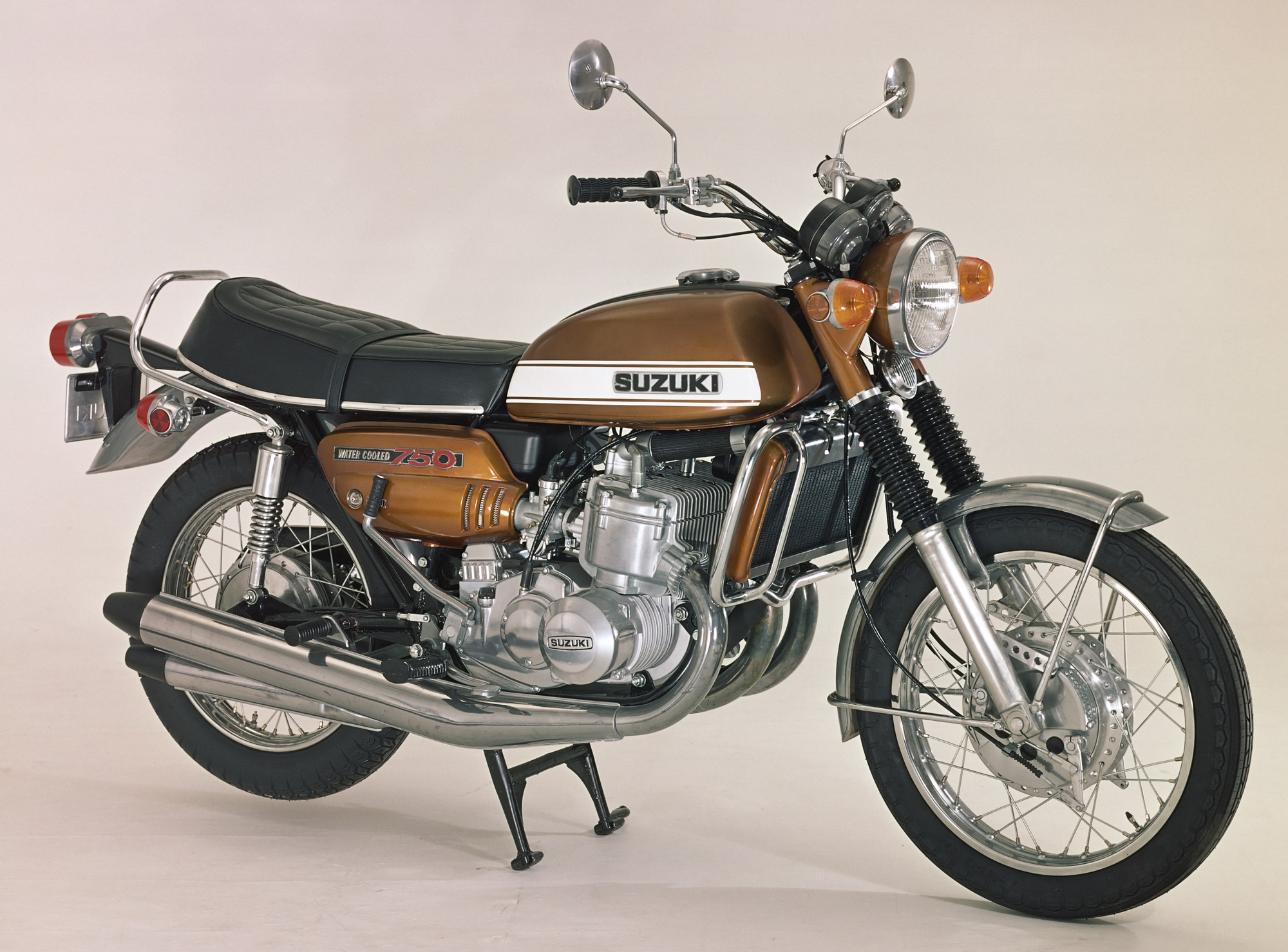 Thanks to them, Power Free showed performance and ease of driving superior to the two-wheelers of the competitors. A team of 10 Power Free, led by Shinzo Suzuki and Yoshichica Maruyama took part in the Hamamatsu Festival parade on May 1, capturing the curiosity of the street audience.

Power Free was sure to become a commercial success as it had steadily growing sales, but its career proved to be quite short. With the entry into force of a new Road Traffic Code in August 1952, there was pressure from the government to design larger, more efficient engines to better suit the demands of the public.

The Power Free remained in production for some time, but was eventually overtaken by the brand’s flagship 1953 Suzuki Diamond Free 60 cc, which initially sold about 4,000 units a month and then reached 6,000 thanks to its repercussions. his triumph, in the first ascent race held on Mount Fuji, also in 1953. 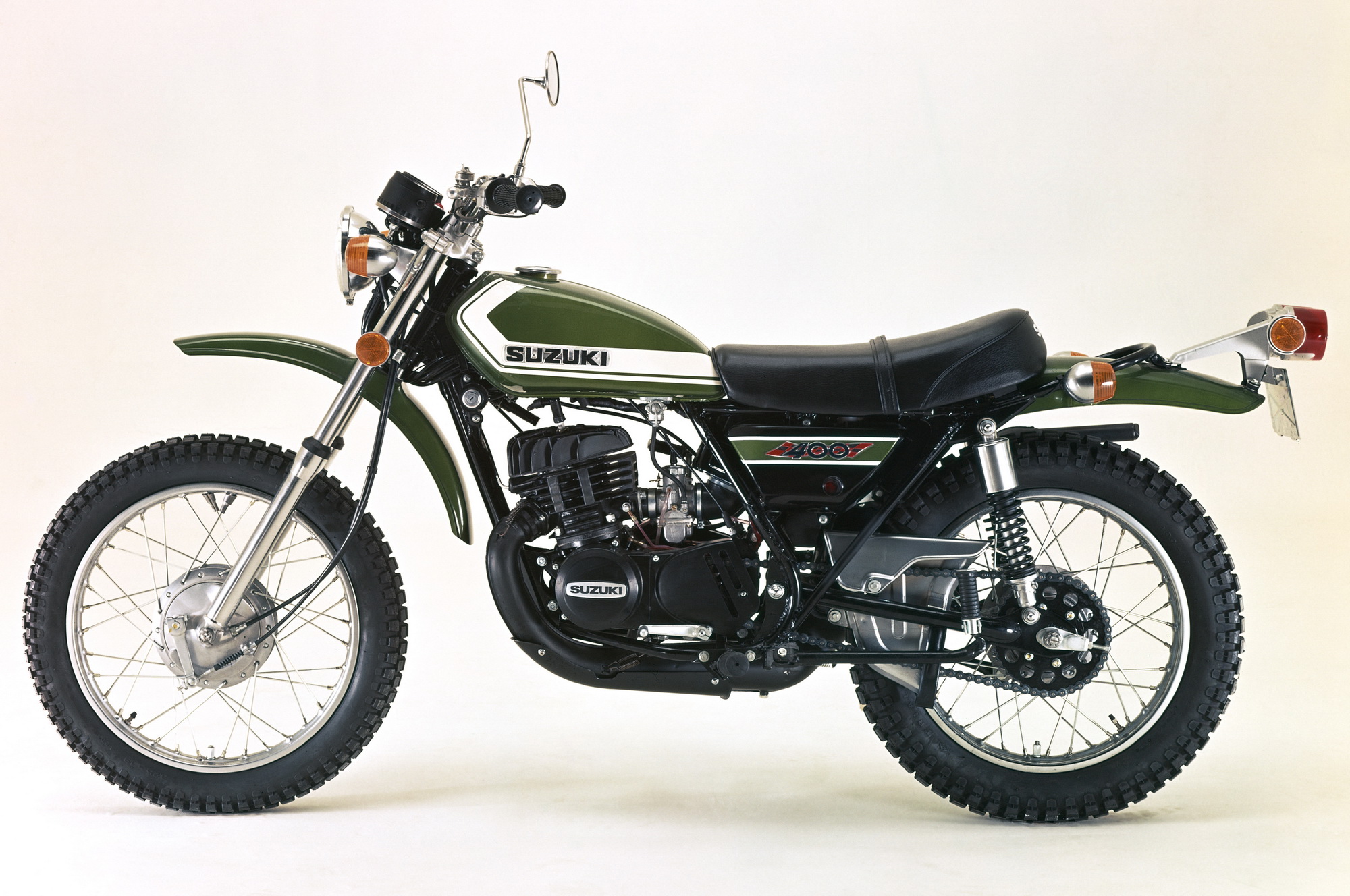 A Success Story Even though Power Free did not reach significant sales numbers in terms of numbers, its role in Suzuki’s history is still fundamental.

Aside from its symbolic value of being Hamamatsu’s first two-wheeler, it immediately demonstrated Suzuki’s ability to innovate and make original choices, a philosophy that has never been abandoned and has been rewarded with many successes, both racing and commercial.

For example, in 1960 Suzuki made its debut in the world of motorcycling, thus winning the first Grand Prix and the first World Speed ​​Championship in 1962. Since then Suzuki has never ceased to be a major player in racing, both in motocross, where he has amassed countless trophies, as well as on the speedway.

Over the years, Suzuki riders have won seven world titles in the top division of the World Championship, while at Endurance they have won twenty World Titles. 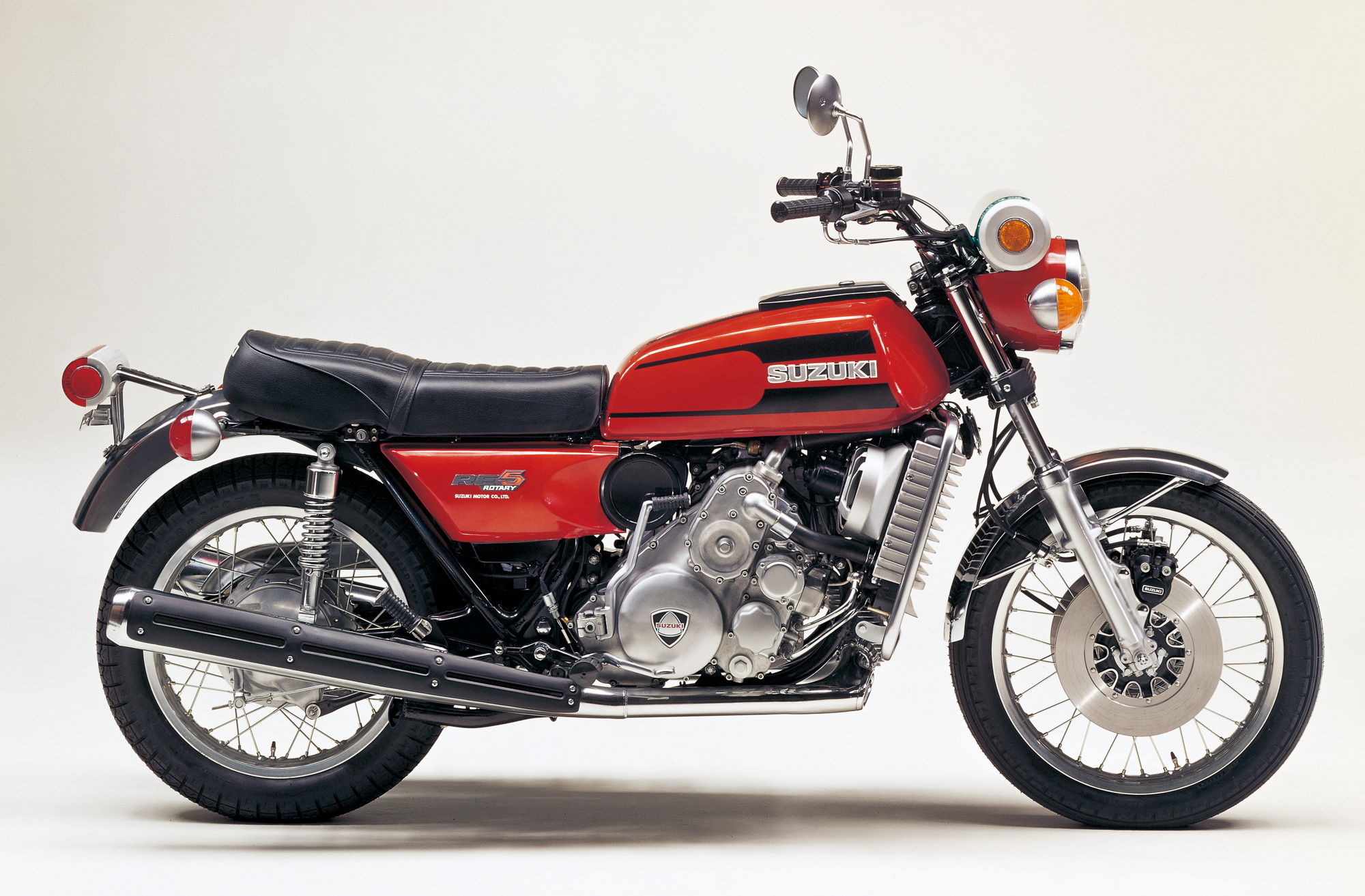 And all this without forgetting the many triumphs in the AMA Superbike championship and the Isle of Man Tourist Trophy. In terms of production, Suzuki continued the path it started with Power Free, gradually expanding the range with innovative products that are always equipped with a special, personal style.

Many Suzuki models have written memorable pages in the history of the motorcycle, bringing a revolution either in the field of off-road models, or in the world of supersport, superbike, crossover and scooter in many cases. 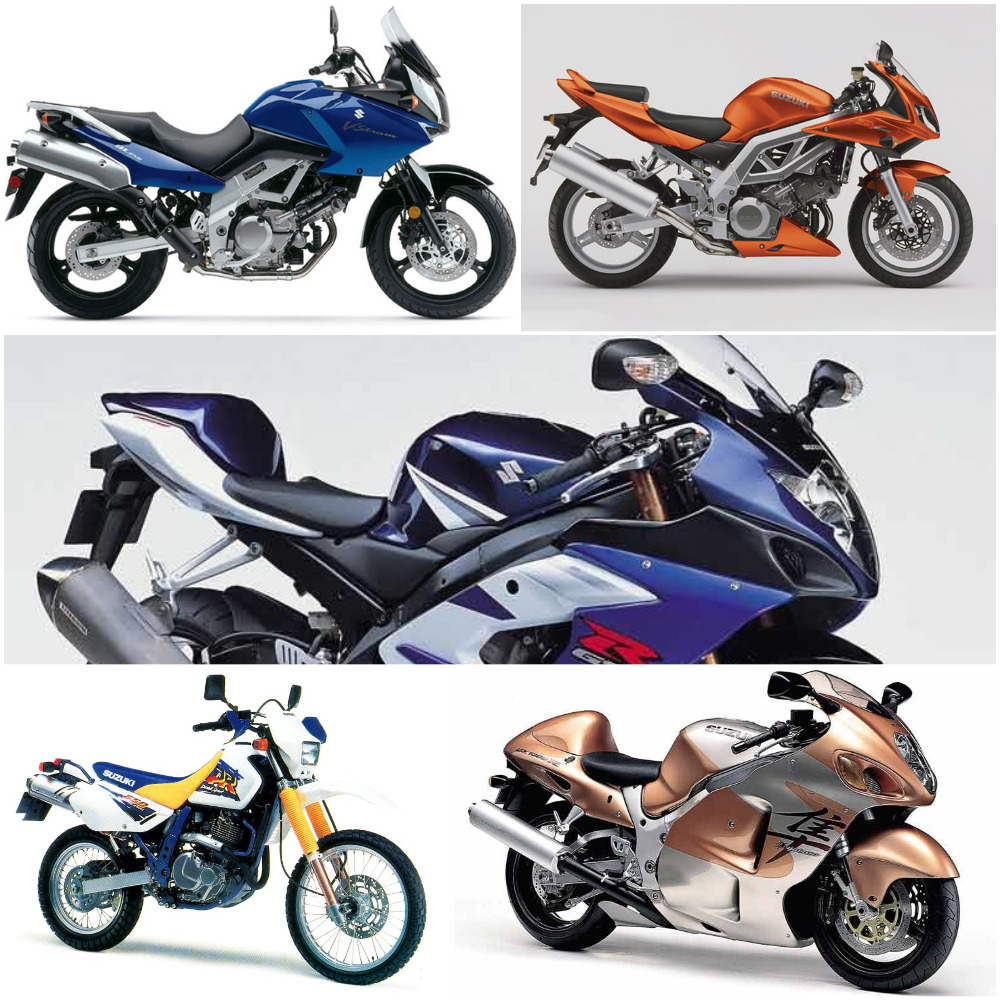 The fastest bicycle in the world or motorcycle with pedal drive?: eROCKIT: The power rocket with investment opportunities