SEPI approves an injection of 550 million to Celsa, the largest rescue for the pandemic 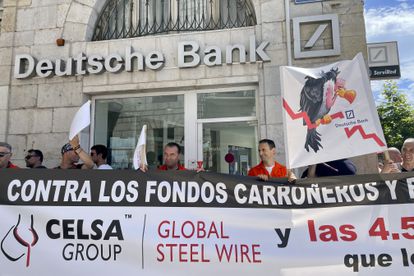 The Management Board of the Solvency Support Fund for Strategic Companies, which depends on the State Industrial Participation Company (SEPI), has approved the financial aid requested by the metallurgical group Celsa for a value of 550 million euros, as reported by the state society this Friday.

The amount will be channeled through the granting of a participating loan amounting to 280.5 million and another ordinary loan of 269.5 million, and given that the first is greater than 250 million euros, authorization by the European Commission before its elevation to the Council of Ministers.

The operation has been approved after analyzing the economic and legal situation of the steel company, the impact it has suffered from the pandemic and its viability plan, and the restructuring of the debt with its creditors.

The agreement comes a month and a half after SEPI gave the preliminary approval to Celsa’s file for its rescue, requested in mid-2020. On March 15, SEPI concluded the analysis of the request charged to SEPI requested by Celsa, who accepted the terms and conditions established by SEPI for granting the aid.

For Celsa Spain, the crisis caused by the pandemic generated falls in its natural markets of 25% in 2020, a year that produced a negative result of 364 million euros.

Since its formalization until the end of April, the fund managed by SEPI has approved 19 files for an amount of 2,125 million euros, which represents 40% of the 5,310.5 requested, according to updated data provided by the public holding company.

In addition, the Fund, endowed with 10,000 million euros, has formalized up to that date the closure of files corresponding to ineligible applications worth 444.7 million.

SEPI meets with Abengoa at the limit to avoid a bankruptcy

Treasury raises control of cryptocurrencies: it will force balances and operations to be expressed in euros

The summer sales of 2022 begin: a relief for the pocket in times of high inflation

Sonia Vivas: from Jarabo's kisses in 2019 to the 'vendetta' for Palma's Pride Week