IAG expects to close 2022 with profits, after record losses from the pandemic 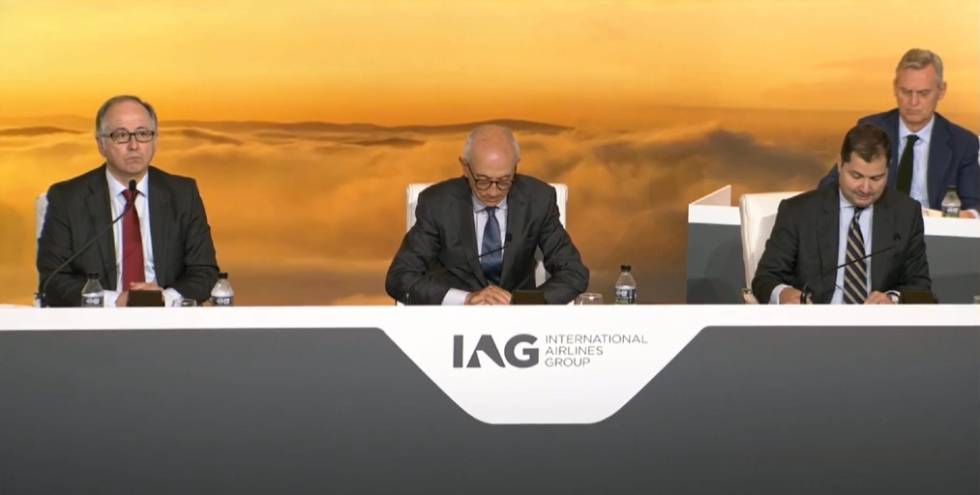 The CEO of IAG, Luis Gallego, has predicted before the shareholders’ meeting held this afternoon in Madrid that the aeronautical holding company will return to profits this year of 2022 after the losses of almost 10,000 million that it has suffered in 2020 and 2021. Gallego, who has already anticipated in the presentation of results that the group to which British Airways, Iberia, Vueling and Aer Lingus belong would return to being profitable in the second quarter, highlighted the recovery in demand this summer, despite the problems caused to travelers in many airports Europeans due to lack of personnel.

In this sense, he highlighted that the expectations for 2022 are very positive, since the reserves for the summer have been “strong” despite the impact of the omicron variant of the covid-19 virus in the first months of the year or of the conflict in Ukraine due to the invasion of Russia.

The group of airlines expects for this year to operate with 80% of the offer compared to 2019 and to reach a capacity of 95% in the North Atlantic area in the third quarter. However, Gallego warned that the increase in demand for the summer will not be easy to deal with at many airports in both the United States and Europe.

Thus, the subsidiary British Airways has had to reduce its offer by 10% until October in order to execute production with guarantees, due to the shortage of personnel in the main British airports due to the difficulty of the British labor regulation to increase staff and adapt them to production, after the stoppage of the pandemic. The CEO of IAG is confident that operations will be normalized by the end of the year and has recalled that this type of problem is also suffered by other important airports such as those of Amsterdam and Frankfurt.

He also recalled IAG’s commitment to environmental sustainability and recalled that it is planned to replace a total of 140 aircraft in the next five years in search of more efficient operations.

On the other hand, Gallego confirmed that this Wednesday the loan granted by IAG to Globalia of 100 million euros over seven years was formalized, which it intends to convert in a period of six months into a stake of up to 20% in the capital of Air Europa , with the intention of acquiring 100% of the Hidalgo airline when it receives the permits from Brussels.

“With this transaction, IAG demonstrates its firm commitment to the Madrid hub and air connectivity in Spain, which is key to the recovery of tourism and the Spanish economy and to be able to compete with the main European hubs”, explained the manager, adding that this This strategic operation will allow Madrid to consolidate its leadership in the South Atlantic and bet on connectivity with Asia and the Middle East.

Despite the loan from IAG, Air Europa is going through a difficult financial situation and it will be difficult to return to the State the convertible loan of 475 million granted by the State Company for Industrial Participations (SEPI) within the aid fund for the pandemic. ICO. The Hidalgo family, owner of Globalia, has commissioned Banco Santander to sell its Be Live chain, with hotels in the Dominican Republic and Cuba and a value close to 500 million euros, to repay part of the personal debt it has contracted with the bank and to recapitalize Air Europa.

The IAG shareholders’ meeting has approved all the items on the agenda, except number 13 (referring to the reduction to 15 days of the term for calling Extraordinary General Meetings), as the majority required to sign this point.

The re-election of Luis Gallego as CEO of the group was also approved at the meeting, as well as the annual accounts and management reports of the company and its consolidated group for 2021. The re-elections of other independent non-executive directors were also approved. and the remuneration policy for them.

Yves Coppens, one of the discoverers of the most famous fossil in the world, dies

This was the final negotiation that unblocked the Cantabria metal strike

Neither patents nor signing studies: female scientists receive much less recognition for their work