The teeth of people buried 700 years ago point to the origin of the Black Death, the largest pandemic in history 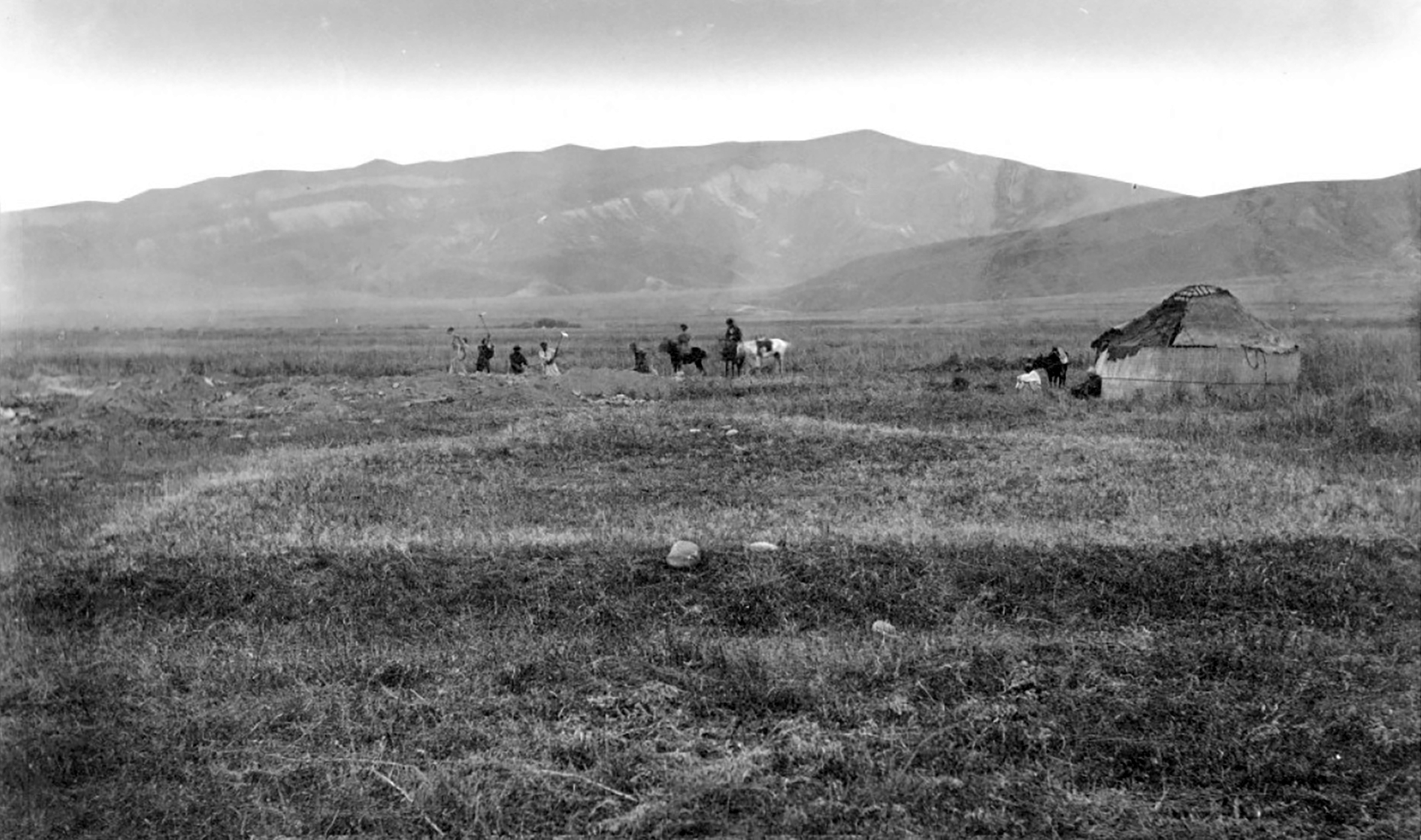 At the end of the 19th century, in the midst of a fever for archaeology, Russian adventurers excavated two medieval cemeteries near Lake Issyk-Kul (Kyrgyzstan, Central Asia). The Silk Road ran through the region and it showed in what was in the tombs: small hoards of coins and ornaments from the far corners of Eurasia. The excavators noted that there were too many tombstones for the years 1338 and 1339. The mystery has remained until today. A collective work between historians, archaeologists and geneticists published in Nature has analyzed the teeth of several of those buried and found DNA from Yersinia pestis, the bacterium that caused the largest pandemic in history, the black plague that devastated Europe and Asia for a decade after.

In one of the tombstones you can read, translated: “In the year of 1649 [que corresponde a 1338 en el calendario occidental], and being the Year of the Tiger. Bars, in Turkish. This is the tomb of the Sanmaq believer. [El] died of pestilence.” That last word has led the historians of that time upside down. Pestilence could refer to the plague, but the pandemic that killed between 50 and 200 million people did not break out until 1347, with the first cases of plague in the ports of the Black Sea, Constantinople, Marseille or Barcelona. Almost everything is known about the Black Death: what bacteria caused it, how the fleas from infected rats passed it to humans, that genetics says that this strain is responsible for the outbreaks that have occurred in the last 500 years and that It came from somewhere in central Asia. But the exact location was a subject of intense debate among historians, until now.

German, British and Russian scientists obtained permission from the authorities to remove 50 milligrams of enamel and dentin from the teeth of thirty of those buried that are preserved in the Peter the Great Museum of Anthropology and Ethnography of the Russian Academy of Sciences (Kuntskámera , St. Petersburg). They managed to extract DNA from seven of them. His analysis indicates that they were locals. But the most important thing came later. In three of the deceased there was foreign genetic material. His analysis left no doubt: it was DNA from a strain of the Y. pestis bacterium and not just any one.

“[Esta cepa] It is the predecessor of 80% of all strains currently in circulation, including the Black Death and all strains after it.

Johannes Krause, director of the Max Planck Institute for Evolutionary Anthropology (Germany) and senior author of the research published in Nature, is clear: “It is the predecessor of 80% of all strains currently in circulation, including the Black Death and all strains subsequent to it”. To support his claim, Krause and his colleagues constructed the Y. pestis phylogenetic tree from the genome of 250 specimens, 47 of them from the past. They observed a star-shaped explosion and diversification of strains of the bacterium around the mid-14th century and found that the strain detected in the dead from the Chu Valley, where Lake Issyk-Kul is located, was at the beginning of everything.

Maria Spirou, a researcher at the University of Tübingen and lead author of the study, explains in a note: “We discovered that ancient strains from Kyrgyzstan are located exactly at the node of this massive diversification event. In other words, we found the source strain of the Black Death and even know its exact date. [es decir, el año 1338]”. Russian archaeologists have already pointed out that something happened that year. While in the preceding decade, the number of those buried in the two cemeteries, Kara-Djigach and Burana, did not exceed twenty in the worst years, the figure doubled in 1338 and reached a hundred the following year. The circle is closing.

All evidence indicates that the first documented cases of the Black Death occurred during 1347 in the port cities of what is now Turkey. In the following months there were outbreaks in other ports further and further west: Athens, Naples, Marseilles or Barcelona, ​​already in the spring of 1348. Two years were enough to reach the Nordic countries. It also punished North Africa, the Arab countries, India and China. But it all had to start in the Chu valley or nearby, at the foot of the heavenly mountains (Tian Shan, the border region between present-day Kazakhstan, Kyrgyzstan, and the People’s Republic of China).

“Both cemeteries were located in the heart of the Silk Road trade network, right next to the causeway”

Philip Slavin, historian at the University of Stirling (UK)

The historian at the University of Stirling (United Kingdom) and co-author of the study, Philip Slavin, highlights how trade routes were a key element in the spread of the plague and the role of this area of ​​the world in its beginning. “Both cemeteries were located in the heart of the Silk Road trade network, right next to the causeway,” he says in an email.

However, other historians do not share the conclusions of this research. One of the skeptics is not just anyone. Ole J. Benedictow is Professor Emeritus at the Institute of Archaeology, Conservation and History at the University of Oslo (Norway). In 2004 he wrote his best-known book, The Black Death 1346-1353: The Complete History (updated last year in a second edition). The central thesis of the work is recalled in an email: “There is substantial historical evidence that the Black Death originally broke out in the lower Volga area, most likely in the delta, where there is an active plague reservoir with a large accumulation of data. historical and that still causes cases of plague. In other words, for this historian it all began in this area of ​​Russia, bathed by the Caspian Sea, very far from the Chu Valley.

At the time of the Black Death outbreak, the plague pathogen was widely distributed among rodents in the area occupied by the Golden Horde khanate (one of the successor states of the Mongol empire). This, as Benedictow recalls, “extended from the western border of China to the eastern border of today’s Romania. For the Norwegian historian, who accepts that the genetic structure of the plague in the local part of the reservoir could be similar to that of the lower Volga delta reservoir, the two cemeteries that are the focus of this new research could not have been at the start of the pandemic : “Issyk-Kul is situated in a fairly remote settlement within a vast area that contains a reservoir of wild rodent infestation. Within such an area there will continually be episodes of plague cases when people come into contact with sick rodents contracting the disease. This must also have been the case for the population in Issyk-Kul. Whether there was any contact between Issyk-Kul and the lower Volga area is unknown, but I doubt it.”

Benedictow acknowledges that ancient DNA research can offer important contributions to the history of plagues. “It is valuable to have some basic knowledge about the origin and development of the pathogen.” But he also warns against excess very elegantly. “I hope that the people who read this excellent article [por la investigación de Nature] also realize that the genetic history of plague itself is of limited interest and importance.” For him, “what makes plague and Black Death epidemics important is their impact on historical society.” And he concludes: “To become crucial, the Black Death and historical plague epidemics depended on human actions and the level of efficiency of spread in human society that human culture and technology would engender.”

The Bank of Spain raises ICO loans in danger of default to 23,000 million

This is how you can see the alignment of five planets with the naked eye, just before each sunrise

Room Mate asks for bankruptcy to admit a new investor

Electric car batteries: From Audi's e-tron to a second life in Indian rickshaws