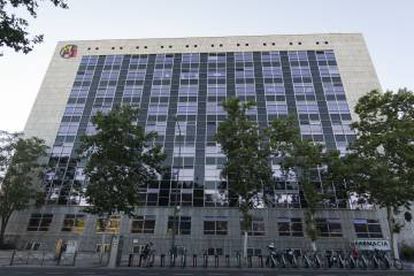 The State Society of Industrial Participations (SEPI) obtained a profit of 159 million euros in 2021, compared to the 438 million losses of the previous year, according to the annual accounts approved by the board of directors of the public holding company. The conglomerate attributes these results to the improvement in the operating account in the majority investee companies, the positive financial result and the contribution of the minority investees (Airbus, Red Eléctrica and Indra), as explained in a statement.

The 2021 gains follow the 2020 losses, the group’s largest since 2006, which were largely caused by the performance of Correos and the impact of covid. SEPI’s annual accounts reflect an increase in income last year of 11%, to 5,157 million. Of these, 40% corresponds to Correos, 26% to Navantia and 22% to Tragsa.

On the other hand, SEPI’s board of directors votes this Wednesday to propose former socialist deputy Juan Moscoso del Prado as its third proprietary director at Indra. The new director will thus accompany the former PSOE deputy Antonio Cuevas and the former Minister of Industry Miguel Sebastián, who was part of the socialist government of José Luis Rodríguez Zapatero, representing the public entity on the Indra board.

The appointments are a consequence of the increase in SEPI’s participation in Indra, which has already exceeded 23% of the capital and aspires to acquire 28% of the shareholding of the technology company, after the replacement of Fernando Abril-Martorell in the presidency of the company and his replacement by Marc Murtra, who held positions in the Government of Rodríguez Zapatero.

I lend to Abengoa

The Minister of Finance, María Jesús Montero, has also indicated this Wednesday that her department “has no capacity to influence nor has information on the status of processing” of the Abengoa file in relation to the request for a loan of 249 million to SEPI.

Speaking in Seville, Montero recalled that all the measures of the solvency fund for aid to companies due to the crisis are subject to the criteria included in the decree for this purpose. The minister has insisted that the Government granted more than a year ago a loan to Abengoa for some 400 million that fell because the Andalusian Government “did not fulfill its part by not putting 20 million in guarantees”, within the process of financial restructuring of the company that was prior to the presentation of the bankruptcy.

The granting of these 249 million in aid from SEPI to the company’s operating subsidiaries would activate the rest of the restructuring, which also contemplates a maximum of 300 million in bank guarantees to be able to undertake projects and the contribution by Terramar of 200 million (60 in capital and 140 in debt), which is conditional on the approval of the aid from SEPI and which has extended the term to 15 more days pending a response from the public entity.

Having a house on the beach goes through the roof: these are the prices that are being paid

Inflation threatens the coexistence of neighboring communities: “There are buildings that have stopped the elevator”

Daniel Sillman (Relevent): “Football has business opportunities yet to be exploited”

Beware of the dangers of ‘sadomonetarism’

LaLiga has a plan to conquer America