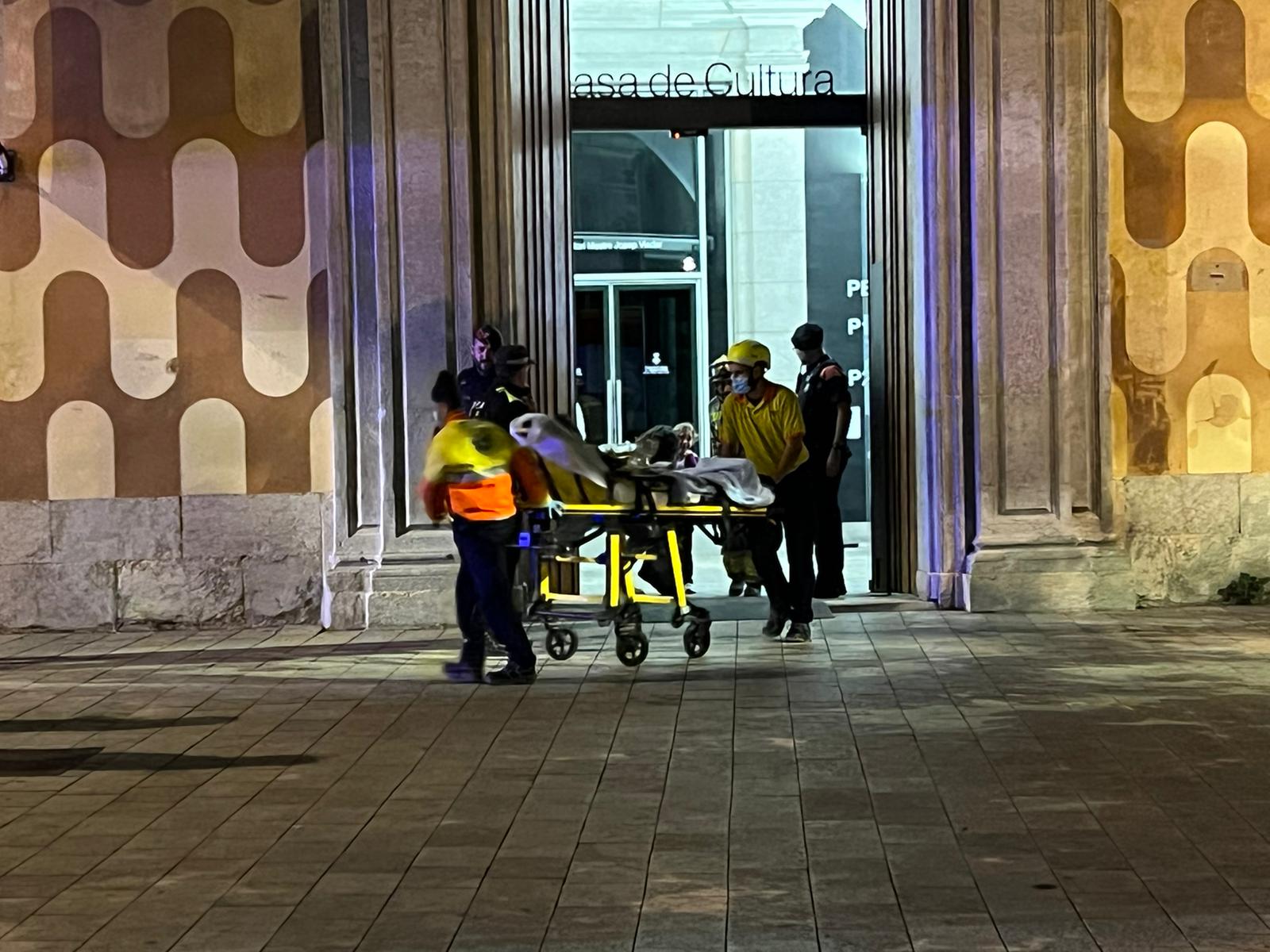 18 people have been injured, including ten children, in an explosion that occurred this Friday at 7:45 p.m. while the media physicist Dani Jiménez -known for spreading science to the smallest on the Catalan public channel- carried out, before 300 spectators, a chemical experiment in a cultural center in Girona.

The Mossos d’Esquadra, Firefighters of the Generalitat, the local police of Girona and several ambulances of the Medical Emergency System (SEM) have traveled this Friday afternoon to the House of Culture of the Diputación de Girona after in a workshop with children an explosion occurred while a chemical experiment was being carried out. The workshop was part of a conference baptized as the European Research Night that was held this Friday in all the Catalan capitals and that was organized by the University of Girona at the scene of the incident.

Jiménez energized the activity before hundreds of minors and adults. At one point during the performance, the physicist introduced hot water and liquid nitrogen into metal drums while his assistant, an adult, held the drums. It was then that the deflagration occurred. Jiménez’s assistant was seriously injured. Jiménez quickly caught on and soon asked the organization to call an ambulance.

Accident at the European research night in Girona, it could have been worse, a collaborator injured…Iris has a bruise on her leg, and many children are in shock…🤦 pic.twitter.com/OGbhQYzwXe

The explosion has been heard throughout the building and those responsible activated the protocols to evacuate the building. The delegate of the territorial services of the Interior in Girona, Jordi Martinoy, has counted 18 people injured. Only Jiménez’s assistant has been serious. The most seriously injured have been transferred to the Trueta Hospital. Among them, three minors between 5 and 12 years old. Seven people have been referred to the Santa Caterina Hospital, including two girls aged 11 and 13 and an 11-year-old boy. Finally, six other people have been treated in an outpatient clinic, including girls between 10 and 12 years old and a child under three years old.

The mayor of Girona, Marta Madrenas, has approached the scene of the events and has clarified to the media that it was an activity of “magic and science” like those that are usually carried out in the place. “There were many people inside when the deflagration occurred,” she lamented. The mayor has ruled out that there is a chemical risk and has hoped for a quick recovery of the injured.

The explosion of a drum with nitrogen at the Night of Science in the @casadeculturagi has caused 4 less serious and 11 minor injuries according to the @semgencat. The 4 less serious and 1 mild are in Trueta. The rest in CAP and Santa Caterina. The impact has been very powerful. I don’t know the author of the video. pic.twitter.com/HJ1yIXsdsN

After all the wounded were transferred, Jiménez went to testify at the Mossos d’Esquadra police station.

The University of Girona has “regretted the accident” in a statement. “During the course of a scientific outreach experiment, which is carried out regularly in this type of event, causing a cloud of water vapour, an excessive volume of water vapor has been formed. This expansion has caused in the closest public affectations of diverse consideration”, summarizes the University. In the statement they wish the recovery of those affected.

Tribute to Javier Marías: "We knew he was going to be an important writer, what we didn't think was that he would be king"